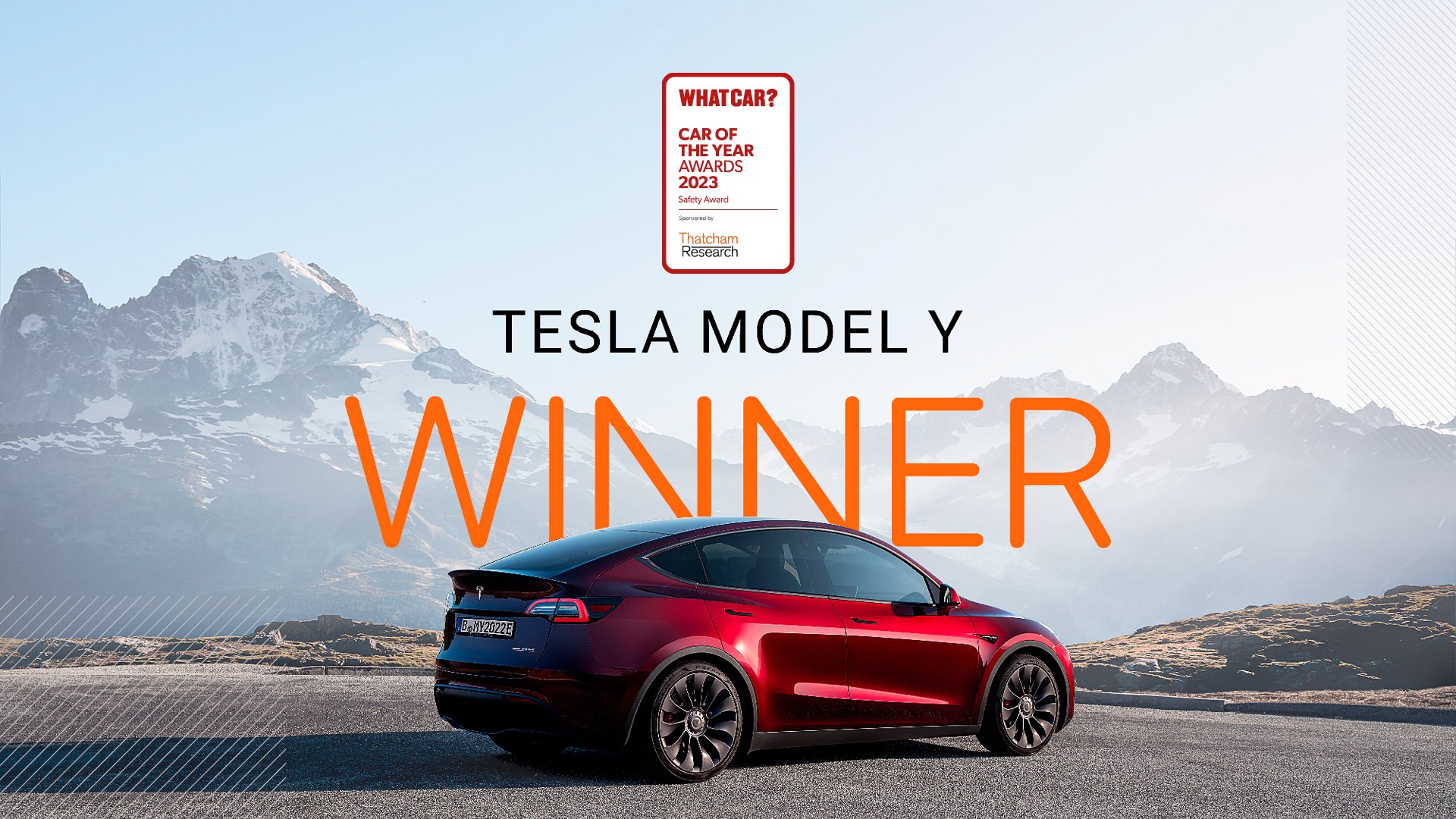 The Tesla Model Y won a Safety Award by What Car? for its 2023 Car of the Year Awards. The judges considered active and passive safety along with the purchase price due to the large volume of sales having a larger influence on road safety.

Safety has always been a key focus of Tesla, and its reputation for well-above-average collision ratings has been noted by agencies such as the National Highway Transportation Safety Administration, which awarded the vehicle five stars for crash safety. Tesla has also collected several top safety awards and ratings since the Model S rolled out in 2012.

The all-electric crossover won the Insurance Institute for Highway Safety’s Top Safety Pick+ award for 2022. The vehicle was also awarded five stars from European New Car Assessment Programme (Euro NCAP), earning the highest overall score in its latest and harder tests. The Model Y’s Safety Assist rating is the highest score among the vehicles that have been tested by the Euro NCAP to date.

Now for the What Car? Safety Award held in association with @ThatchamRsrch.

Our winner has the highest ever @EuroNCAP safety rating for both adult occupant protection and safety assistance technology.

What Car?,  the UK’s largest car-buying brand, which has been helping buyers for over 40 years, noted that Tesla notices newer advances in safety made by competitors and acts quickly to bring them to its models. A key example was the introduction of airbags between the front seats of cars to lessen the impact of side-on crashes.

What Car? added that although the Model Y is fairly expensive, it’s selling well. “If you can afford it, it’s the model to choose for keeping you, your family, and other road users safe.”

In the video below, the chief of research strategy for Thatcham Research, Matthew Avery, and What Car? consumer editor, Claire Evans, discusses the safety features of the Tesla Model Y. Thatcham Research is the UK’s only Euro NCAP-accredited safety testing center and plays a key role in evaluating the protection vehicles offer during the event of a crash. It also assesses the ability of a vehicle to avoid a crash and assists with developing future testing protocols for new technology.

Along with the Model Y, the Tesla Model 3 was also awarded. It won the Executive Car of the ar and Efficiency awards. In response to a video shared by What Car? Tesla CEO Elon Musk highlighted the safety of Tesla’s vehicles.

“Teslas are the safest cars on the road, but most people don’t know that,” he said.