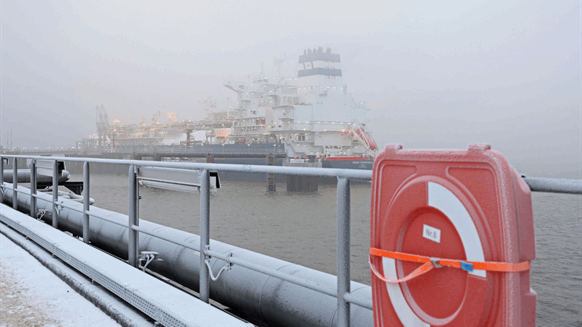 Benchmark futures dropped as much as 7.3%, falling below €100 for the first time in more than a month.

Temperatures in much of the continent remain mild amid an influx of liquefied natural gas. Together with windy conditions, relatively high fuel stockpiles and expectations for lower demand due to the holiday season, that’s helping to keep a lid on prices.

European gas storage is about 83% full, above the five-year seasonal norm, data from Gas Infrastructure Europe show. Supplies from Russia sent through Ukraine are also expected to be stable on Wednesday, with Gazprom PJSC using alternative links to ship the fuel after one of its local pipelines was damaged this week by a fire.

There are concerns among some industry watchers that a price cap, planned by the European Union for next year, may discourage suppliers if gas gets more expensive elsewhere, especially in Asia. But the block’s executive arm has said the mechanism won’t be triggered if prices are similarly high in other markets.

Given the caveats built in, the EU’s new policy to limit prices is unlikely to be activated next year at all, analysts at Capital Economics said in a note. “It seems the only thing countries agreed on was that a cap was indeed needed to show unity,” they wrote.