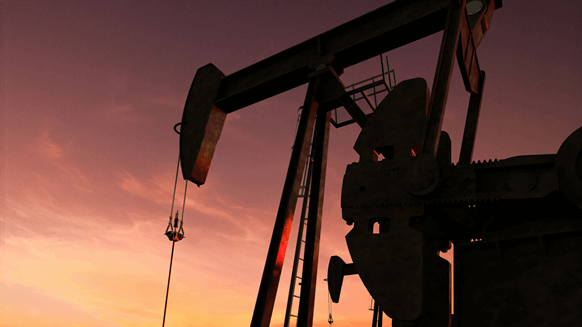 Saudi Arabia has cut oil exports sharply this month as the kingdom delivers on an OPEC+ agreement to shore up global crude markets.

Saudi shipments were down by about 430,000 barrels a day, or roughly 6%, by mid-November compared with the previous month, according to data from energy analytics firm Kpler Ltd. An even bigger slump of 676,000 barrels a day was observed by another consultant, Vortexa Ltd.

The kingdom, which leads the Organization of Petroleum Exporting Countries, is fully committed to the agreement struck last month between the group and its allies, according to an official who asked not to be identified.

“Saudi Arabia is cutting a lot, going down for a second straight month,” said Viktor Katona, an analyst at Kpler in Vienna.

US President Joe Biden slammed Riyadh and its partners last month, saying the hefty 2 milllion barrel-a-day cut would endanger the global economy and aid fellow OPEC+ member Russia in its war in Ukraine, though oil-market trends have since given the decision some vindication. Crude prices have retreated about 4% this week to near $90 a barrel amid a fragile backdrop for demand.

Saudi Energy Minister Prince Abdulaziz bin Salman defended the cutbacks last week at the COP27 climate talks in Egypt, saying they were needed to offset extreme economic uncertainties. He said the group would remain “cautious.” The kingdom has often sought to lead OPEC+ by example, swiftly delivering its pledged curbs — or even exceeding them — to encourage other members to follow.

Exports from OPEC’s 13 members are down “very significantly in the first half of November, by more than 1 million barrels a day,” said Daniel Gerber, chief executive officer of tanker-tracker Petro-Logistics SA in Geneva.

While an uptick is likely in the second half of the month, flows are on track for an average monthly drop of 1 million a day — roughly equivalent to the group’s full pledged reduction, according to the firm, which has monitored tanker traffic for four decades.

Among Saudi Arabia’s OPEC counterparts in the Middle East, signs of cuts were more mixed, though shipping data for the first half of the month can give a fragmentary picture, prone to distortion if cargo loadings fall just inside or outside the date range.

Shipments from the UAE are usually concentrated at the beginning of the month and subside later in the period, Bloomberg tanker-tracking indicates. The country’s Energy Ministry and state-run producer Adnoc didn’t immediately respond to requests for comment.

Abu Dhabi has in the past been more eager to deploy the new production capacity it’s invested in than curtail supplies, triggering a dispute last year that almost splintered the OPEC+ alliance.

Some OPEC+ delegates have privately said that Abu Dhabi didn’t initially support the group’s cutbacks, though others have disputed the claim, and UAE Energy Minister Suhail Al Mazrouei said last month that the decision was the right one.

The full 23-nation OPEC+ alliance will meet to consider production policy for early 2023 on Dec. 4 in Vienna.

Treasury Department releases guidelines for Russian oil transport ahead of planned price cap
Rivian celebrates Canadian deliveries with customer open house
China ‘played a great game’ on lithium and we’ve been slow to react, industry CEO says
After decades as a nuclear powerhouse, France makes its play in offshore wind
A wave-powered prototype device is aiming to produce drinking water from the ocean