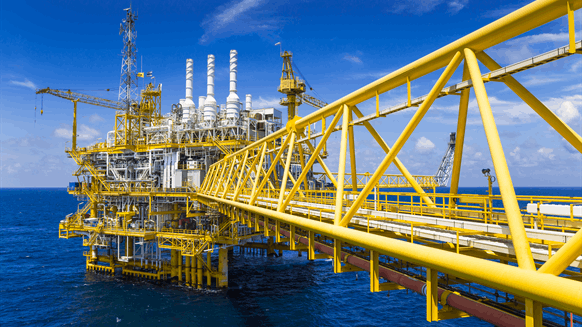 The UK expects to raise more than £28 billion ($30.9 billion) in the coming years from a windfall tax on oil and gas firms.

The revenue will go toward offsetting the huge costs of subsidizing energy bills amid a cost-of-living crisis driven by soaring gas and power prices. The forecast was released as part of Chancellor of the Exchequer Kwasi Kwarteng’s mini budget presented in Parliament on Friday and includes the period through the 2026-27 fiscal year.

Former Chancellor Rishi Sunak introduced the measure — which places a 25% tax on the profits of oil and gas produced in Britain — earlier this year to help the country cope with rising bills. Prime Minister Liz Truss has vowed not to impose further windfall taxes on the energy sector.

When announced, the tax was expected to raise £5 billion in the first year. The latest government estimate puts revenue from the levy roughly 50% higher at £7.7 billion in the 2022-23 fiscal year, with the figure set to exceed £10 billion the following year.

The total amount raised will ultimately depend on oil and gas market prices. Plus, companies that invest in new production can reduce their liability.

Eni And BF To Develop Agro-Industrial Supply Chain For Energy Use
Elon Musk lauds Twitter team amid decline of hate speech impressions
EnQuest Year-To-Date Production Right on Point
Defying forecasts, crude oil prices have wiped out most of this year’s gains and could head lower
Greta Thunberg Sues Her Country For Failing On Climate