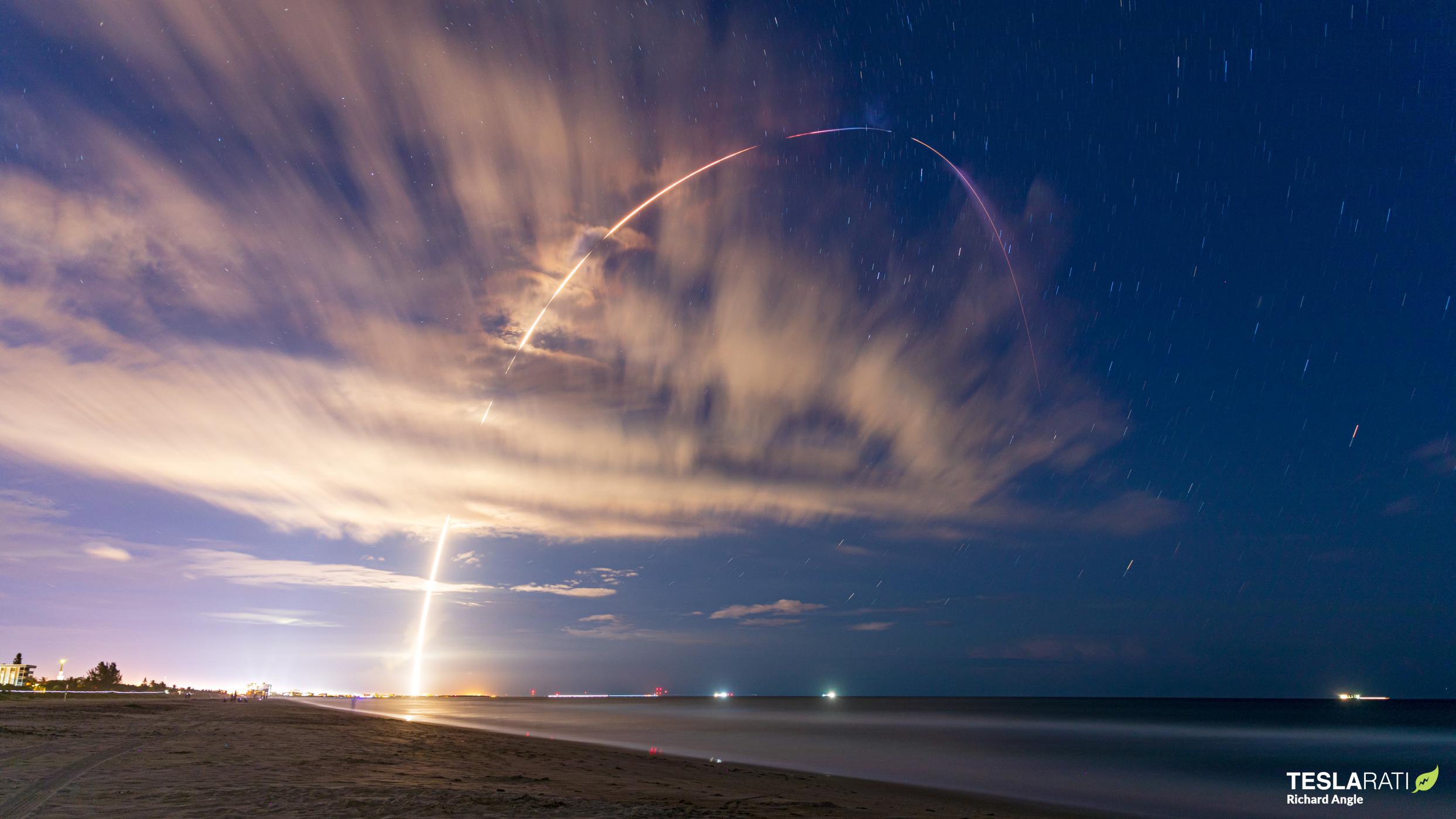 SpaceX has completed its 60th operational Starlink satellite launch after a rare string of scrubs.

Flying for the 6th time just 66 days after its 5th launch, Falcon 9 booster B1067 lifted off with 54 Starlink satellites on SpaceX’s Starlink 4-34 mission at 8:18 pm EDT, Sunday, September 18th. Five days prior, after unknown issues triggered a delay from a planned September 11th launch attempt, SpaceX attempted to launch the mission for the first time on September 13th.

With dozens of Starlink launches beginning to blur together and SpaceX’s Falcon 9 continuing a relentless and potentially record-breaking streak of successes at a pace that could soon make it the fastest launching rocket in history, it’s hard to be surprised that Starlink 4-34 was completed without issue. Falcon 9 B1067 ascended under power for about three minutes, sent the rest of the rocket on the way to orbit, coasted into space, and returned to Earth with SpaceX’s 68th consecutively successful booster landing.

Falcon 9’s underappreciated upper stage continued into an orbit around 300 kilometers (~190 mi) up, spun itself up end over end, and deployed a 16.7-ton (~36,900 lb) stack of 54 Starlink V1.5 satellites all at once. Following the quick deployment, the rocket’s pair of reusable fairing halves were likely still 10 or 20 minutes away from touching down on the Atlantic Ocean under their GPS-guided parafoils, where they will eventually be scooped out of the water for future flights.

Starlink 4-34 was SpaceX’s 42nd launch of 2022, maintaining an average of one launch every 6.2 days since the year began. It leaves more than 3000 working Starlink satellites in Earth orbit, likely meaning that a majority of all working satellites are owned and operated by SpaceX less than three full years after the company began operational launches.

Up next, Next Spaceflight and Spaceflight Now report that SpaceX has two more Starlink launches (4-35 and 4-36) tentatively scheduled before the end of September. As of September 15th, both reported that those missions were working towards launches on September 19th and September 26th – nothing unusual for SpaceX in 2022.

What was unusual, however, was both unofficial manifests’ agreement that SpaceX intended to use the same pad – Cape Canaveral Space Force Station’s LC-40 – to launch Starlink 4-34, 4-35, and 4-36. Even assuming that those schedules were predicated upon Starlink 4-34 launching on September 13th, before all of its weather delays, SpaceX would have had to break LC-40’s 7.7-day turnaround record by around ~25% and complete a second launch just seven days after that.

Starlink 4-34’s delays have thrown that plan into question, but the fact that SpaceX thought it was possible in the first place suggests that the company has plans to squeeze even more performance out of LC-40 – already its most important pad from the perspective of launch cadence. Launch photographer Ben Cooper now reports that Starlink 4-36 could launch in late September or October. If it slips into October, SpaceX has a rapid-fire pair of customer satellite launches scheduled on October 5th and 13th that will probably take precedent over any internal Starlink mission.

With only 16 days left before LC-40’s next commercial launch and NASA’s Crew-5 launch taking over SpaceX’s other East Coast pad until October 3rd, SpaceX would have to launch Starlink 4-35 and 4-36 just four or five days apart (and one just 4-5 days after Starlink 4-34) to avoid delaying one of the Starlink missions well into October, avoid unnecessarily delaying commercial launches for paying customers, and ensure that those customers don’t have abruptly agree to be commercial guinea pigs for extra quick LC-40 turnarounds.

Starlink 4-35 is now tentatively scheduled for September 23rd, making a Starlink 4-36 delay more likely but not fully ruling out a launch attempt before the end of the month.