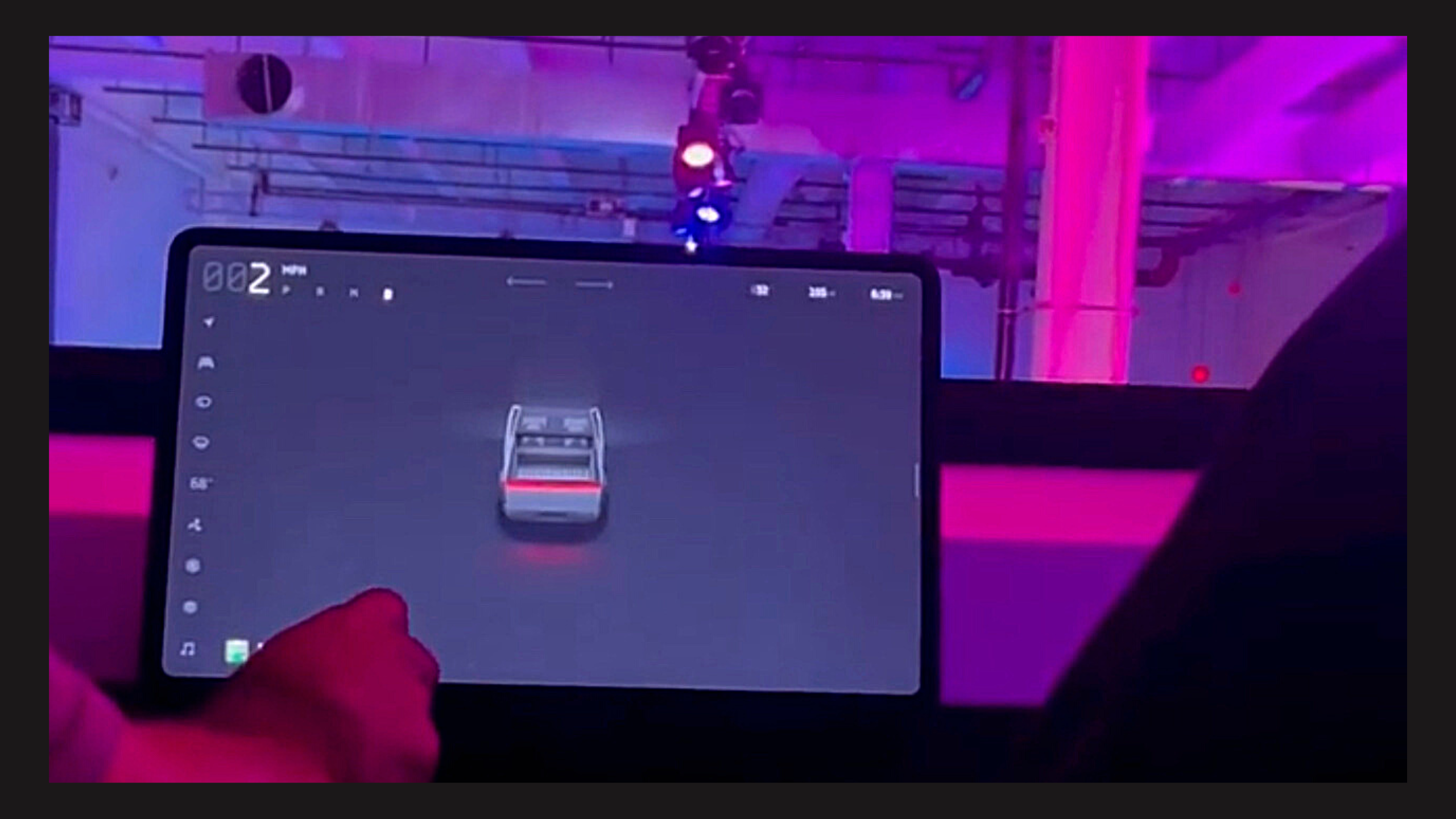 It’s not every day that you get to have a quick look inside the Tesla Cybertruck as it drives around Giga Texas. Jack Griffiths Garage graced Instagram with such a quick look and you can see two people in the front as he takes a video of the interior.

The video, posted yesterday, shows the display screen inside the Tesla Cybertruck. It also shows the view of the glass roof as the driver and passenger joke about not having air conditioning.

Although the video was posted yesterday, it was most likely taken at the Tesla Cyber Rodeo or even the Cyber Roundup. There is a chance that I could be wrong.  What led me to believe this is the lighting inside the Gigafactory.

Tesla invited me to attend the Cyber Rodeo in April and it was quite amazing being inside the factory that had been transformed into a landscape of blues, purples, and Techno music.

There were various robots dancing and drawing while a line of made-in-Texas Model Ys performed light shows. The robots reflect Tesla’s evolution from a mere carmaker to creating machines that create themselves.

Earlier this month, Tesla held its Cyber Roundup shareholder event where Elon Musk said that the Cybertruck pricing had been updated since its 2019 unveiling.

“A lot has changed since then, so the specs and the pricing will be different. I hate to give sort of a little bit of bad news. But I think there’s no way to sort of anticipate the inflation that we’ve seen and the various issues,” he said.

He added that production for the Cybertruck was on track for mid-2023.

Your feedback is important. If you have any comments, concerns, or see a typo, you can email me at johnna@teslarati.com. You can also reach me on Twitter @JohnnaCrider1

Inside the Tesla Cybertruck: Video