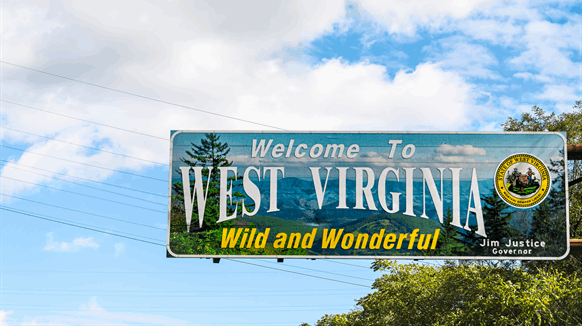 Under the new West Virginia Restricted Financial Institution List, Treasurer Moore determined that BlackRock, Goldman Sachs, JPMorgan Chase & Co., Morgan Stanley, and Wells Fargo & Co. are engaged in boycotts of fossil fuel companies and, according to new state law, were no longer eligible to enter into state banking contracts with his office.

“As Treasurer, I have a duty to act in the best interests of the State’s Treasury and our people when choosing financial services for West Virginia,” Treasurer Moore said. “Any institution with policies aimed at weakening our energy industries, tax base, and the job market has a clear conflict of interest in handling taxpayer dollars.”

Earlier this year, Moore recommended that lawmakers passed Senate Bill 262, which authorizes the Treasurer to publish the Restricted Financial Institution List on his website and disqualify any financial institution on the List from state banking contracts.

In preparing the List, the Treasurer’s Office reviewed publicly available environmental and social policy statements published by financial institutions that are currently authorized to do business with his Office as approved state depositories or sweep account providers for the State’s short-term funds.

Six financial institutions were initially identified as potentially engaged in boycotts of energy companies and provided with written notice. These institutions then had 30 days to submit additional information disputing their potential inclusion on the Restricted Financial Institution List. All six institutions submitted responses, which the Treasurer reviewed alongside each institution’s public policy statements.

Out of the six financial institutions initially noticed, U.S. Bancorp was not placed on the List because it demonstrated to the Treasurer that it has eliminated policies against financing coal mining, coal power, and pipeline construction activities from its Environmental and Social Risk Policy.

“Each financial institution placed on the Restricted Financial Institution List today has published written environmental or social policies categorically limiting commercial relations with energy companies engaged in certain coal mining, extraction, or utilization activities, rather than considering the financial or risk profile for each company,” Treasurer Moore said. “These policies explicitly limit commercial engagement with an entire energy sector based on subjective environmental and social policies.”

West Virginia annually collects hundreds of millions of dollars in coal and other fossil fuel severance taxes, typically representing the third-largest revenue source for the state’s General Revenue Budget. During the most recent fiscal year, the nearly $769 million in severance taxes paid by coal, oil, and natural gas companies accounted for 13 percent of the $5.89 billion in General Revenue funds collected by the state – and that does not include income and other taxes also collected from the employment and economic activity these fossil fuel industries generate.

A recent report published by the West Virginia University College of Business and Economics found that in 2019, coal mining and coal-fired power generated $13.9 billion in total economic activity and supported nearly 33,000 jobs in West Virginia.

“While the Environmental, Social, and Governance movement might be politically popular in California or New York, financial institutions need to understand their practices are hurting people across West Virginia,” Treasurer Moore said. “I simply cannot stand by and allow financial institutions working against West Virginia’s critical industries to profit off the very funds their policies attempt to diminish.”