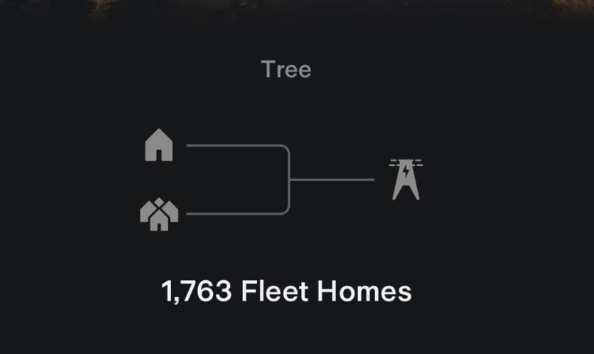 Tesla’s virtual power plant (VPP) beta with Pacific Gas and Electric (PG&E) now has 1,763 homes in the fleet so far. This is up from 1,262 less than two weeks ago, Tesla enthusiast, Sawyer Merrit tweeted. In his tweet, Sawyer included a screenshot provided by Rick Davis,

The real-time growth of Tesla’s VPP with PG&E is being tracked by Last Bulb. Tesla and PG&E invited 25,000 customers to take part in the VPP beta.

By doing so, the customers will create the world’s largest distributed battery. And this will support grid reliability.

How Many Participating Homes Does It Take To Offset The need For A Temporary Fossil-Fueled Power Plant?

@michbetancourt1 asked an excellent question: “Do we have any news on how many participating homes it takes to offset the need to fire up a temp power plant running off fossil fuels?”

Do we have any news on how many participating homes it takes to offset the need to fire up a temp power plant running off fossil fuels?

He noted that although the math itself was fuzzy, the daily reserve of the California grid is 2.9k MWh.

Based on the live tracker, the test is 43 MWh maximum in a reserve capacity. He added that it proves its ability and estimated 50,000 Powerwalls in California.

However, if all 25,000 customers took part in the test, I think, this would show some very promising data.

Very fuzzy math, but the daily reserve of the CA grid is 2.9k MWh: https://t.co/I0G2BZpVuJ. Based on this live tracker: https://t.co/YoKNkHgbsk the test is a small dent (43 MWh max) in reserve capacity but proves ability. 50k Powerwalls in CA, ~3.5k in the test.

Tesla’s VPP beta with PG&E has 1,763 homes in the fleet so far; here’s how to track the growth.