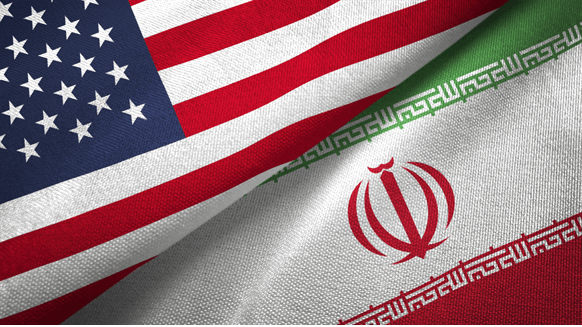 European-brokered efforts to revive the Iran nuclear deal are likely to resume following US President Joe Biden’s visit to the region this month, after an intense round of talks in Doha failed to overcome differences.

Two European diplomats with direct knowledge of this week’s negotiations said that, while talks didn’t progress, efforts to resurrect the accord were expected to continue beyond the July deadline suggested by the UN nuclear watchdog.

A third person familiar with the talks said efforts could resume in the Qatari capital following Biden’s trip.

One source briefed on the negotiations said the Doha talks had focused on oil sanctions, adding that other areas actively under discussion are Iran’s access to funds blocked in South Korea, sanctions on airlines and the removal of penalties on the business operations of the Islamic Revolutionary Guard Corps.

The latter is very unlikely to be agreed but the others were achievable, the source said, speaking on condition of anonymity because of the sensitivity of the matter.

The 2015 agreement offered Iran sanctions relief, including on oil exports, in return for curbs to its enrichment activities and intrusive International Atomic Energy Agency inspections.

Donald Trump pulled out of the deal in 2018 and reimposed sanctions. President Joe Biden has sought for more than a year to revive the deal but Iran has rapidly expanded its nuclear work while steadily dialing down international oversight during the course of negotiations.

The IAEA said at its last meeting on June 9 that its inspectors would no longer be able to verify Iranian nuclear activities permitted under the accord if a diplomatic compromise wasn’t reached within a month, setting the clock ticking on talks.

US officials have repeatedly said that the window for a deal is narrow as the accelerated pace of Iran’s nuclear work threatens to make the terms of the original deal obsolete.

Tehran’s negotiating team also reiterated grievances over an IAEA censure issued over Iran’s lack of cooperation with monitors, according to one of the European diplomats.

While IAEA investigators can report with a high degree of certainty that Iran isn’t diverting any of its declared nuclear material, there’s less conviction about what’s been happening inside the country’s centrifuge workshops, said the other European diplomat. Some monitors are concerned that Iran could hedge against a diplomatic stalemate by stashing uranium-enrichment capacity at an undeclared location.

The search for a compromise will probably be given until at least the third quarter, after which the US will hold Congressional elections that could weaken Biden’s hand.

A key meeting of the nuclear Non-Proliferation Treaty members convenes next month in New York. Iran has threatened to leave that bedrock bargain — which limits the spread of nuclear weapons, in return for access to atomic technologies — should talks fail, resulting in the country being referred back to the United Nations Security Council for more sanctions.

Iranian Minister of Foreign Affairs Hossein Amirabdollahian said in a statement Thursday his country remains determined to continue negotiations “until an agreement that’s based on realism is reached.”

While western officials at the talks dismissed Iran’s words as grandstanding, they aren’t ready to slam the door on talks quite yet. Gulf nations are being encouraged to play a more active role as the EU’s role as mediator reaches its limit, according to the European diplomats.

“The US also must outline a strategy for Middle Eastern stability that is not merely based on containment and confrontation with Iran or securing a short-term reduction in oil prices,” Iran researchers Vali Nasr and Maria Fantappie wrote Friday in the US journal of Foreign Affairs.

“It must establish a durable framework for preventing conflict,” they wrote. “The most effective way to do this would be to conclude a new nuclear deal with Iran.”