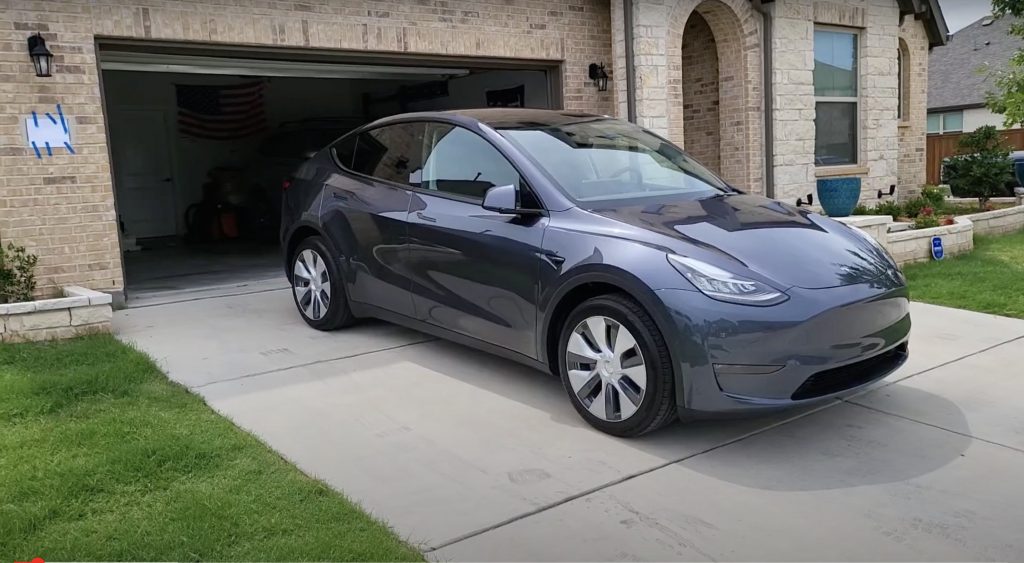 Tesla has kicked off the 2022 Model Y’s customer deliveries from Gigafactory Texas. One of the first customers to receive a Model Y from Giga Texas shared a review of his new vehicle with the public.

According to the host of YouTube’s Spoken Reviews channel, he recently received a Tesla Model Y Standard Range from Giga Texas. The Tesla owner shared that his Model Y was one of the first 1700 units out of the Texas plant.

The Texas-made Model Y had a Dual Motor badge at the back. The owner also showed the Model Y shelf at the back of the car and the carpet, which reportedly goes up higher in Texas-built vehicles compared to those made in Tesla’s Fremont Factory.

The build quality of the Model Y from Gigafactory Texas seemed pristine. The panel gaps appear to be well-aligned, worthy a review from car expert Sandy Munro. The Model Y’s paint looked pretty smooth too. It would be interesting to compare the paint work between Model Ys from Giga Texas and Giga Berlin which Elon Musk has touted as having the most advanced paint shop.

The sticker showed that the Model Y’s price was $39,990 with an additional charge of $1,000 for the tow hitch. Interestingly enough, it also showed a $20,000 charge for All-Wheel Drive.

The charge time for the Texas-made Model Y was 9 hours at 240V according to the vehicle’s sticker. It had an EPA range of 279 miles (449 km). The Model Y’s battery structure was not indicated though Tesla is expected to start deliveries of Model Y vehicles with 4680 cells soon to customers in Texas. Tesla also announced that Giga Texas would also produce Model Ys with 2170 cells.

For those waiting on their Giga Texas Model Y deliveries, VIN numbers containing the letters “NA” are from Tesla’s new headquarters. According to Spoken Reviews, Tesla did not give him instructions about charging his Model Y to 100%. He believes that Tesla is being careful about divulging too much information about Giga Texas cars because customers might cancel orders from Fremont to receive orders from its new HQ.