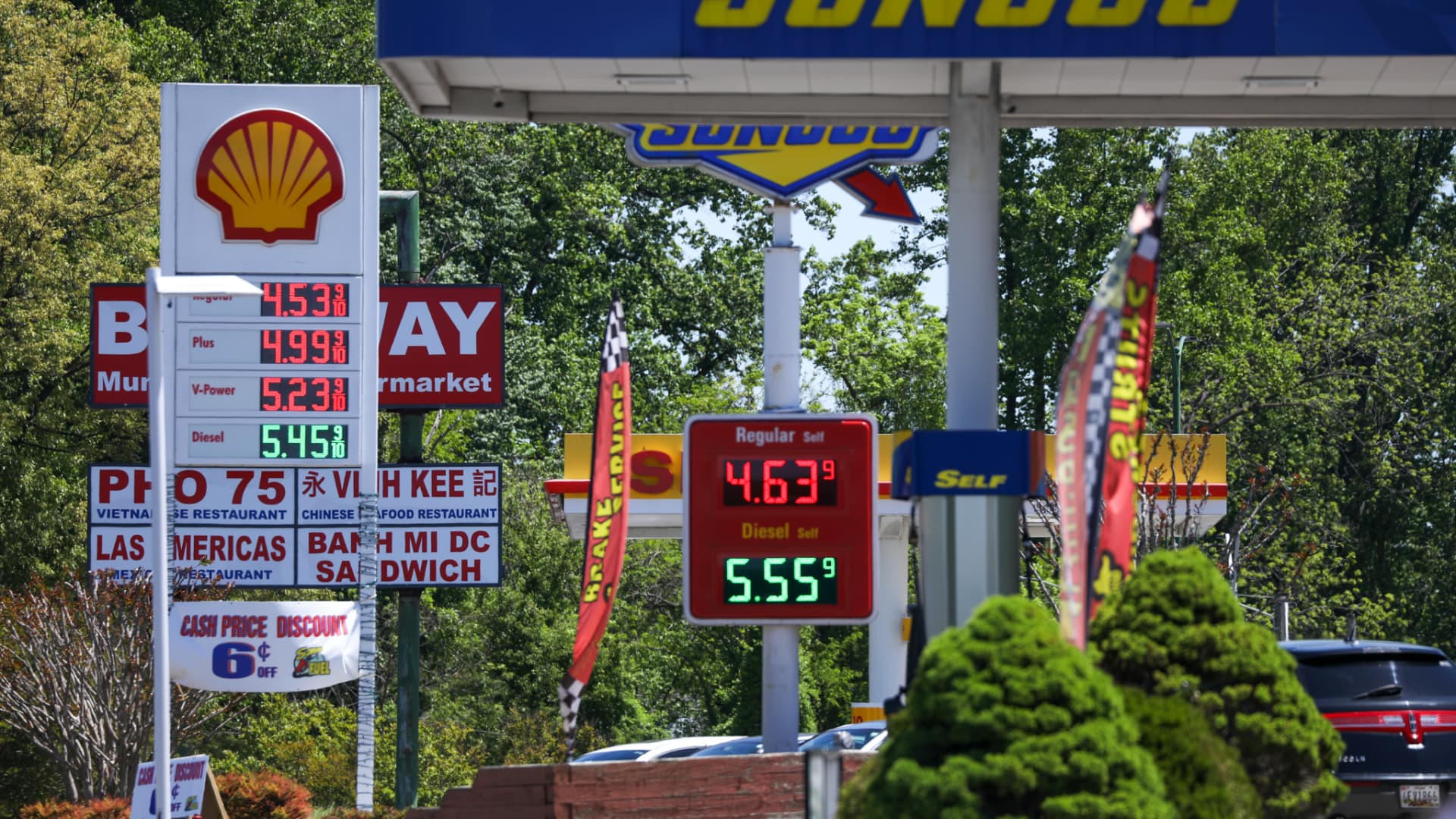 Retail diesel and gasoline prices climbed to another record high Thursday, as rampant inflation sends costs across the economy surging.

The national average for a regular gallon of gasoline hit $4.418 on Thursday, according to AAA. The price is not adjusted for inflation.

Prices had previously hit all-time highs on Tuesday and Wednesday.

Consumers are now paying 32 more cents per gallon than last month, which translates to $125 million more per day spent on gasoline, according to GasBuddy’s Patrick De Haan.

Prices at the pump are $1.41 more per gallon than last year.

The national average crossed above $4 per gallon in March on the heels of Russia’s invasion of Ukraine, and it’s remained above that mark since.

California has the highest state average at $5.853. In ten counties across the state, average prices are now above $6.

Retail diesel prices also hit another record on Thursday. The national average for a gallon is now $5.557, which is up 53 cents in the last month.

Part of the surge in prices is due to refiners — which turn crude oil into the products like gasoline that are used daily — already running near full capacity.

Refining capacity is lower than pre-pandemic, while demand for petroleum products has rebounded as economies around the world resume operations. Lost products from Russia has further exacerbated an already tight market.

“All of our refinery margin indicators were in double-digit territory in April for the first time, regardless of region and complexity,” the International Energy Agency said Thursday. “The current almost universal product shortage, low inventories and refinery capacity bottlenecks have led to inelastic short-term supply, pushing cracks for almost all products to extraordinarily high levels.”