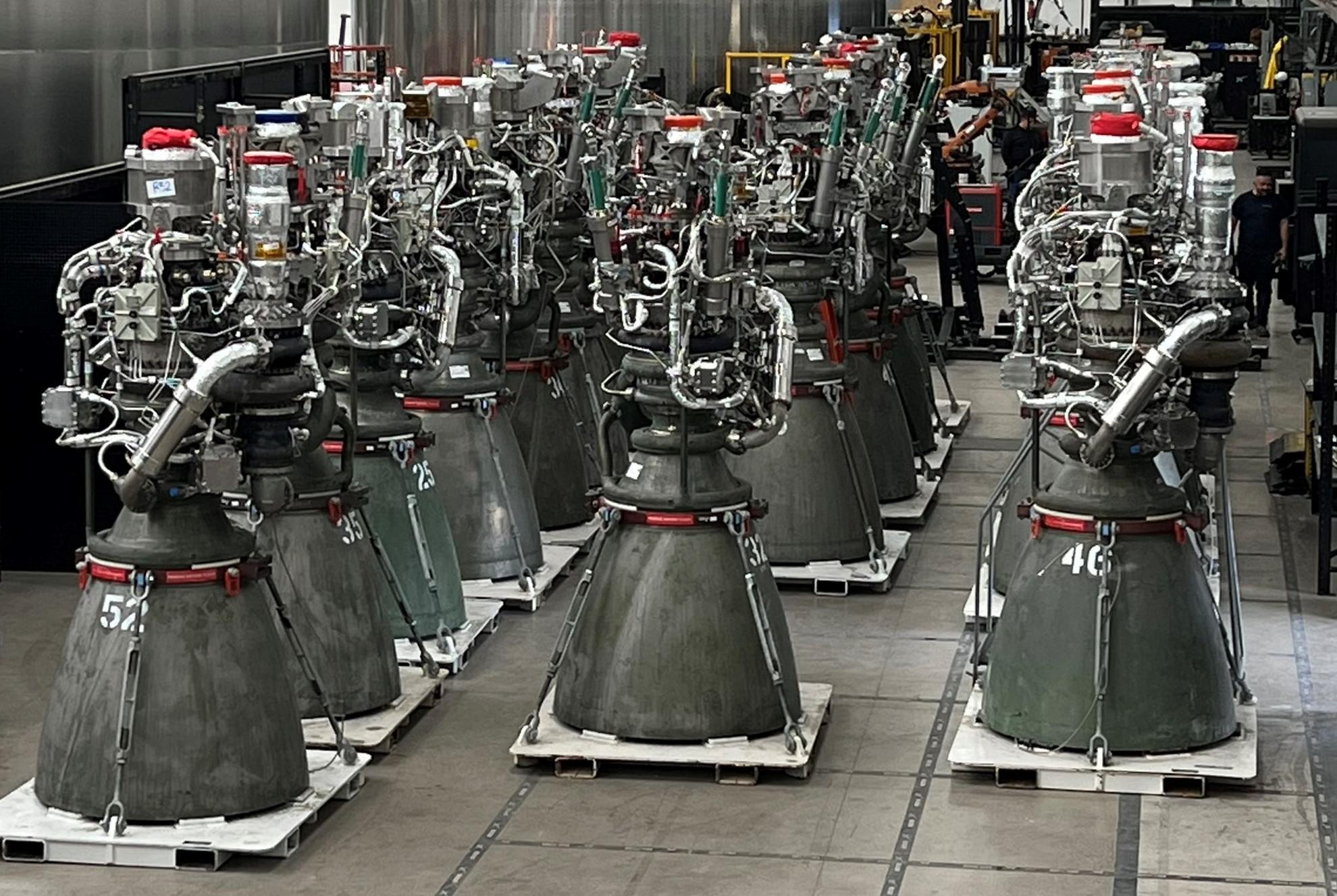 The first functional Raptor engine delivery in around half a year and the first Raptor V2 delivery ever appeared to arrive at Starbase on March 30th. About a month and a half prior, SpaceX brought an early Raptor V2 prototype damaged during testing to serve as a backdrop for CEO Elon Musk’s February 10th Starship presentation, marking the first time the public was allowed to see or photograph the engine up close.

Less than three months later, Raptor V2 engines that passed proof testing without damaging or destroying themselves have begun to rapidly pile up inside one of Starbase’s three main production tents.

Though Raptor V2 has plenty in common with its Raptor V1 and V1.5 predecessors and, for the most part, looks very similar, Musk has repeatedly stated that the engine represents a major evolution from past Raptors. Most importantly, Raptor V2 was designed to significantly cut production cost and time. To achieve that, almost every major component was either fully redesigned, tweaked, or refined in some way to make Raptor simpler and more compact.

One example is the decision to slash the number of flanges (mechanical joints) in the engine’s plumbing by replacing them with welds. Making plumbing more monolithic could remove dozens of parts, seals, and potential leak points and significantly speed up manufacturing at the cost of making it harder – if not impossible – for SpaceX to inspect and replace certain pipes or pipe sections in a modular manner.

That process was repeated throughout each Raptor system, resulting in an engine that looks more streamlined than earlier variants. As a result of its more refined design and improvements to other critical components, Musk says that even though Raptor V2 now costs about half as much to build as V1.5, it’s also “much more…reliable.”

Despite significantly improving Raptor’s reliability, simplicity, and cost, SpaceX also managed to boost its maximum thrust by almost 25%. Raptor V2 engines now “routinely” operate at record-breaking main combustion chamber pressures of 300+ bar (~4400 psi) and are able to produce up to 230 tons (~510,000 lbf) of thrust at sea level. The older Raptor V1.5 engines that flew on Starships SN8-SN11 and SN15 and were installed on Super Heavy Booster 4 and Ship 20 were designed to produce around 185 tons (~410,000 lbf) at 250 bar (~3600 psi).

Following the premature retirement of Super Heavy Booster 4 (B4), which was meant to help send Starship S20 to space on the rocket’s first orbital launch attempt, that orbital launch debut is now guaranteed to use a different booster and ship powered by Raptor V2 engines. Ship 24 is a strong candidate for the mission’s Starship, while it remains to be seen if SpaceX will fully repair and attempt to proceed with Booster 7 or if Booster 8 – which is almost complete – will take point.

Either way, the pair will need at least 39 qualified Raptor V2 engines to begin integrated testing, pass several major static fire milestones, and prepare for flight. Since SpaceX appeared to kick off Raptor V2 deliveries to Starbase on March 30th, a photo shared by Musk on April 26th revealed that the company has managed to deliver at least 18 of the upgraded engines in the last four weeks. At least one more engine was also delivered on April 28th.

That means that SpaceX already has enough engines to begin static fire tests with a full cluster of 13 central Raptors on Super Heavy B7 or B8. By the time Ship 24 is fully assembled, Booster 7 is repaired, or Booster 8 is completed, there’s a good chance that SpaceX will have all the engines it needs to fully outfit a Starship and Super Heavy pair – not quite by the end of April, as Musk predicted, but not far off.