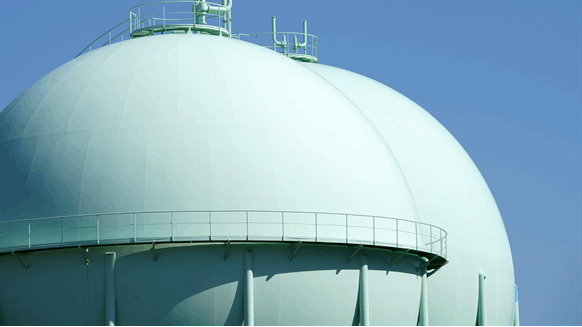 China, the world’s biggest buyer of liquefied natural gas, kicked off an unprecedented effort to resell its supply, alleviating global fuel shortage fears that have sparked record prices this winter.

Two of China’s biggest state-owned LNG importers released tenders this week offering to sell dozens of cargoes for delivery through November. With the end of the peak winter demand season within sight, Chinese traders are betting that the nation will avoid a crippling supply crunch and can offload excess cargoes.

The move has surprised traders and triggered a sell-off in spot natural gas from Asia to Europe. More LNG could be sent to energy-starved Europe, helping to ease pressure from its abnormally low inventories and curtailed supplies from top exporter Russia.

Cnooc is offering to sell one cargo per month between May and November, while China Petroleum and Chemical Corp., known as Sinopec, is seeking to sell as many as 45 cargoes for delivery through October, according to traders with knowledge of the matter. The tenders represent roughly 4% of China’s total LNG imports last year in one of the biggest offerings from the nation.

China spent much of last year buying spot LNG supplies and restocking inventories in preparation for this winter. But milder weather has left its energy giants with a glut of scheduled shipments. Reselling the cargoes into the pricey spot market could provide a profitable windfall for traders.

Traders also fear that the sales offers belie concerns from the Chinese firms that domestic fuel demand could be hit this year as the government tries to prevent the spread of more transmissible forms of Covid-19.

Omicron recently breached China’s tough Covid defenses, prompting Goldman Sachs Group Inc. to reduce its 2022 growth forecast for the nation. The strain recently spread to China’s major port city of Dalian following the lockdown of Anyang, a city of 5 million people. The nation is also battling an outbreak of the delta variant in Xi’an.

LNG traders are having flashbacks to the pandemic’s start in early 2020, when China declared force majeures to overseas gas suppliers because the virus destroyed demand, sending spot prices to a record low.

–With assistance from Kathy Chen.

Gas prices are at a record high. Here’s how to cut down the cost of filling up
Elon Musk announces formation of Tesla’s “hardcore litigation department” to initiate and execute lawsuits
Renault reveals electric-hydrogen hybrid concept car, says it will have range of up to 497 miles
Judge throws out TSLAQ lawsuit against Tesla, Elon Musk, and Model 3 owner
Europe admits it’ll have to burn more coal as it tries to wean itself off Russian energy