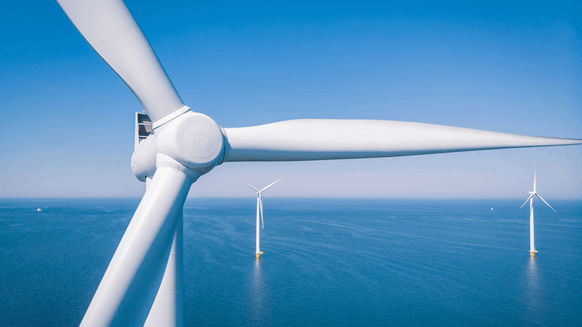 The biggest North Sea fossil-fuel producers are set to invest more in the region’s wind power in the coming years than in its oil and gas.

Royal Dutch Shell Plc, TotalEnergies SE and BP Plc, which won rights to develop wind farms off Scotland this week, are shifting their spending priorities as they retreat from the aging oil province amid the accelerating energy transition.

“Even before the ScotWind round, TotalEnergies was set to spend more over the next few years on offshore wind than on oil and gas development in the U.K.,” said Norman Valentine, a research director at consultant Wood Mackenzie Ltd. “BP’s capital investment in U.K. offshore wind was also set to eclipse oil and gas by mid-decade even without its new ScotWind projects.”

BP, which aims to spend $5 billion a year on renewables worldwide by 2030, plans a $10 billion Scottish wind project. For Shell, its two proposed Scottish sites could push its wind investment above U.K. oil and gas spending in the second half of this decade, Valentine said. The firm currently channels as much as $3 billion a year into renewables globally and $8 billion to its upstream unit.

While the majors still retain a presence in North Sea oil and gas, they’re a shadow of what they once were. Half a century ago Shell and BP discovered the iconic Brent and Forties fields, which at their peak each pumped half a million barrels a day. Now Shell is in the process of dismantling Brent, while BP no longer owns Forties, whose daily output has dwindled to just 20,000 barrels.

Rising fuel costs are a massive problem for business and consumers — Here’s why they’re so high
Elon Musk announces Tesla AI Day 2.0 for August 19
Automakers are jacking up prices on electric vehicles to bake in rising materials costs
Keeping Illinois nuclear plants open is saving some customers $237 a year on average
The Ukraine war has upended the energy transition — and it’s not good news for the planet