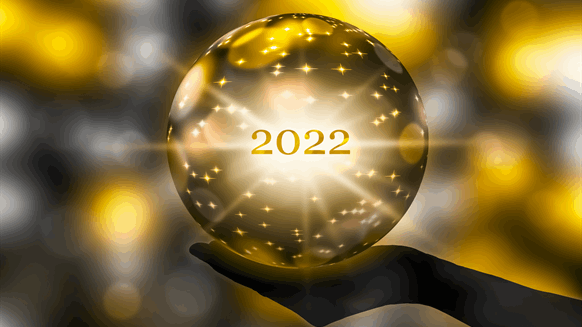 U.S. natural gas is in for another wild year as the insularity that once shielded North American energy consumers from overseas turmoil disintegrates.

Benchmark American gas futures climbed almost 45% in 2021 for the strongest annual performance in half a decade after a deadly freeze that crippled output was followed by summer heatwaves that lifted demand and hindered efforts to stow away supplies for winter.

As 2022 dawns, traders, explorers and utility operators are facing the prospect of continued volatility amid rising competition from buyers as far away as Poland and the Netherlands who are dealing with a crisis so acute that factories have shut down and Goldman Sachs Group Inc. is warning there’s a “clear risk of running out of gas.”

Overseas buyers purchased 13% of U.S. gas production in December, a seven-fold increase from five years earlier when most of the infrastructure required to ship the fuel out of the country didn’t yet exist. Prior to the advent of the American gas-export business, the U.S.-Canada market was a provincial sphere where prices were dictated by cold snaps in places like Pittsburgh and Chicago, and hurricanes in the Gulf of Mexico. But those days are long gone as brokers in Seoul and Rotterdam shell out record amounts to entice tankers laden with U.S. gas to sail their way.

“We continue to expect more price volatility to be present in these markets relative to recent history, albeit at a more diminished level once exiting the peak demand season of winter weather,” said Natasha Kaneva, head of commodities research and strategy at JPMorgan Chase & Co. “This is particularly true in the U.S., where price volatility has long been absent.”

Volatility in New York-traded gas futures surged to the highest in almost three years in early December as late-autumn concerns that the U.S. was on the verge of its own supply crunch collapsed on the back of milder-than-normal weather and prices tumbled more than 40% from an October peak. Prices also have recently been falling in Europe as the arrival of American cargoes eased fears of an immediate shortage, although buyers in continental Europe still are paying six times as much as U.S. rivals.

Anxiety hasn’t completely evaporated given that the coldest months of winter in the northern hemisphere are still ahead. As recently as Dec. 30, almost 50 tankers carrying American LNG were steering for Europe, with destinations as varied as Gibraltar, Turkey, Croatia and Poland, according to data compiled by Bloomberg.  That was a stunning 77% increase from just a week earlier.

2021 “was a banner year’’ for gas, said Paul Phillips, senior strategist at Uplift Energy Strategy in Denver. Despite expectations for continued volatility, last year “will be hard to beat.”

Climate-change concerns are prompting some observers to warn about the potential for increasing summer volatility.  “We have definitely seen a warming pattern,’’ said Dennis Kissler, a trader at Bok Financial Securities. “The mid summer months have potential to be very volatile if summer is warmer than normal.”

One foil to another rollercoaster year of volatility would be a significant jump in domestic gas output, analysts said. Bank of America is predicting a 3.5 cubic-foot increase in daily production this year, driven by new wells in shale fields from West Texas to Pennsylvania. U.S. gas production, excluding Alaska, rose about 7% in 2021, more than erasing 2020’s pandemic-related decline, according to BloombergNEF.

Daily output may touch a record 100 billion cubic feet this year, threatening to swamp the market with more gas than it can burn, said John Kilduff, co-founder of Again Capital LLC.

In a “well supplied” market, New York-traded futures would average $3.45 per million British thermal units in 2022 and $3.10 the following year, Bank of America said in a note to clients. Those compares with the December average of just under $4.

“The watch word will be volatility,’’ Kilduff said. “We’re going to be back into oversupply” in 2022.

Sergio Chapa in Houston at schapa2@bloomberg.net