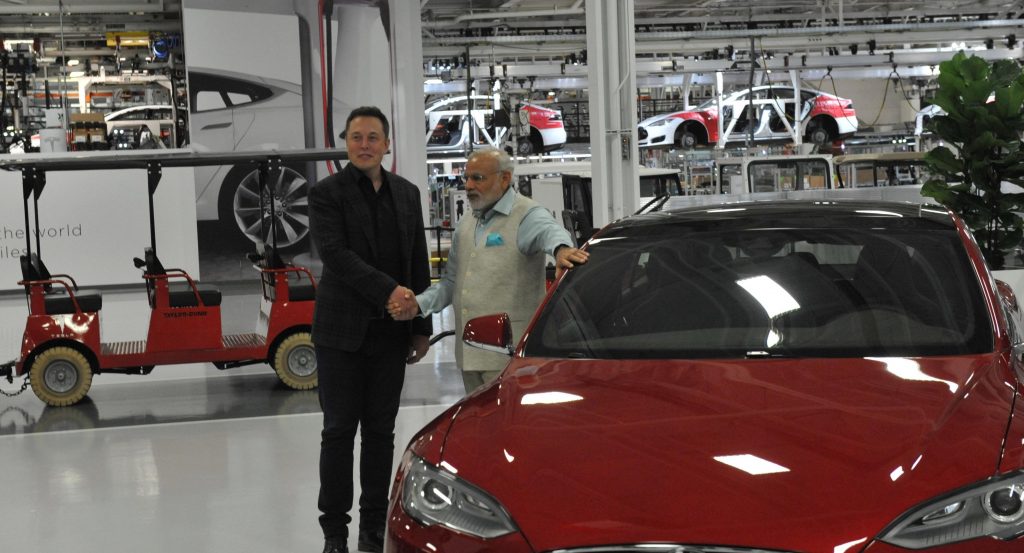 Tesla CEO Elon Musk is set to meet with Indian Prime Minister Narendra Modi to discuss import duty reductions. According to new reports, Tesla is once again urging Indian government officials to consider a rollback on import duties, which has prevented the electric automaker from selling imported vehicles in the country.

For several years, Tesla has attempted to enter India with its vehicles. However, heavy import duties put into place by Indian government officials favor domestic manufacturing and hinder companies that are based outside of the country from entering the market. This has been Tesla’s main bottleneck in entering India, as its cars are essentially double the price when they are subjected to these import taxes.

Tesla is working with Indian government officials to figure out a plan to roll back the duties, and some politicians have supported the idea. However, Prime Minister Modi will have the ultimate say, and reports from Reuters say that Tesla has put in a request for CEO Elon Musk to meet with him. Three sources confirmed this, the report said.

The meeting could bring some closure and support to the idea of helping electric vehicle companies enter the Indian market. Initially, Tesla was making significant momentum in entering the market. Still, wishes from both sides, Tesla to test demand with imports and India wanting Tesla to commit to a production facility in the country, were unable to be met.

It appears the most significant issue will be giving other automakers the same treatment that Tesla will receive. Several months ago, some officials noted that company-specific incentives are not available for use, and now that is being solidified, according to new statements made by other officials. One source close to the government official’s thinking process said, “If Tesla was the only EV maker, decreasing duties would have worked. But there are others.”

It does not seem likely that Tesla will budge from testing vehicle demand in India with imports first. A large-scale investment into a domestic Gigafactory will be entirely too risky as the company continues to expand its manufacturing footprint. Additionally, electric vehicles are not a popular form of automobile in India. Statistics show that only 5,000 of the 2.4 million cars sold in India last year were electric.

It seems that terms will have to be met between Tesla and Prime Minister Modi, and hopefully, a meeting with Musk will bring clarity to the situation.