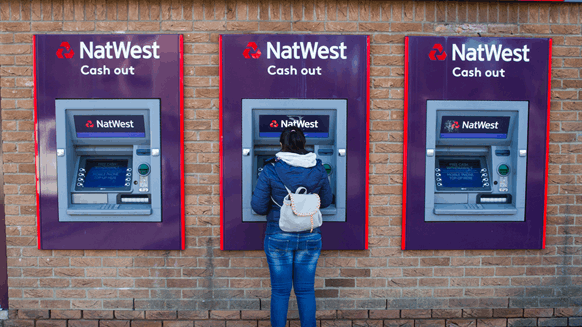 National Westminster Bank, commonly known as NatWest, has set a target of providing £100 billion ($137 billion) of sustainable and climate funding for its customers by the end of 2025.

The report found that the UK’s 6 million SMEs can achieve 50 percent of the UK’s net-zero decarbonization goals if they receive the right support through funding, knowledge, and training.

NatWest also announced a series of initiatives, one of them being a target to provide $137 billion of Climate and Sustainable Funding and Financing (CSFF) by the end of 2025. Part of this new target will help to support the investment needed to transition the UK to a net-zero economy and help to support the bank’s customers including SMEs on their transition to a net-zero and a more sustainable economy.

This, according to the bank, is an acceleration in NatWest’s ambition to support UK decarbonization and the Government’s Net Zero Strategy, as well as the 10-point plan for a Green Industrial Revolution. The report and initiatives are intended to support the efforts to halve the bank’s financed emissions by 2030 and meet the net-zero targets by 2050, in line with its commitments as a founding member of the Net-Zero Banking Alliance.

“While the report’s finding that less than 10% of SMEs currently see climate action as a source of future growth, it found that SMEs have two distinct opportunities to create value from delivering climate action: driving business value by reducing their emissions and unlocking growth through wider climate action,” NatWest stated.

NatWest also plans to launch a new green loan product for SME customers, new specialist Accelerators for Clean Transport and Circular Economy, new tools for businesses to monitor their carbon footprint, and mandatory climate training for all its relationship managers in collaboration with the University of Cambridge and the University of Edinburgh.

“SMEs play a critical role in the UK economy, contributing around 50 percent of total UK turnover and around 60 percent of employment,” Alison Rose, Chief Executive of the NatWest Group, said.

“We have identified the potential opportunities as being worth $220 billion for SMEs and the UK economy, and we want to do everything possible to support our customers in achieving a share of that prize. We are with our customers every step of the journey that takes them from awareness and understanding to the ability to act and finally to achieve a positive climate and financial impact. Our ambition to play a leading role in the UK’s transition to a net-zero economy is why we are targeting $137 billion of CSFF by the end of 2025,” she added.

“I’m firmly of the view that we should never underestimate the power of the small – and in this instance SMEs – for leveraging big advances. What this report tells us, in clear numbers, is that all sectors of the economy will need to play their part in helping the UK achieve its climate ambitions. We must look at this not just as an imperative, but as an opportunity for businesses,” Rose concluded.

“In the fifteen years since we published The Stern Review, governments and businesses have been slow to recognize the enormous and growing threat that climate change poses to economic development,” Lord Nicholas Stern, Chairman of the Grantham Research Institute on Climate Change and Environment, stated.

“Fifteen years from now, we will know whether we will succeed or fail to meet the UK’s net-zero target, and the UK’s SMEs will play a defining role in the outcome.”