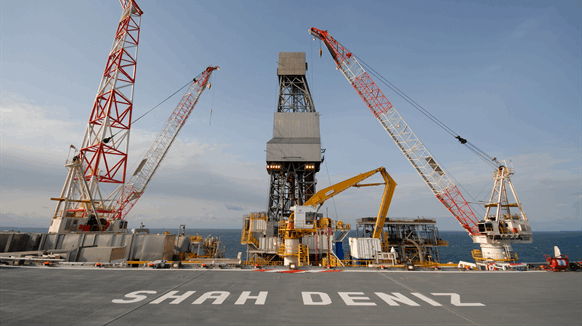 Russian oil and gas company Lukoil has concluded a deal for acquiring 15.5 percent interest in the Shah Deniz gas project in the Azerbaijan part of the Caspian Sea from Malaysian giant Petronas.

Lukoil said that the value of the transaction would amount to $2.25 billion and that the completion was subject to fulfillment of conditions precedent, including approval by the State Oil Company of the Azerbaijan Republic or SOCAR for short.

Following completion of the sale, Lukoil’s interest in the project will increase from 10 to 25.5 percent. The other parties to the project are BP – the operator – with 28.8 percent, TPAO with 19 percent, SOCAR and NICO with 10 percent each, while SGC holds the remaining 6.7 percent.

“Around a thousand Russian businesses, including Lukoil, are involved in the implementation of the Action Plan for Development of Key Vectors of Cooperation between Russia and Azerbaijan, which was signed in 2018 during the meeting of the two national leaders,” Vagit Alekperov, the president of Lukoil said.

“Increasing our share in the Shah Deniz project creates new opportunities for synergy in future-oriented economy sectors of our countries. Over 25 years, Lukoil accumulated enormous experience in the Caspian region, which we perceive as strategically important, as well as created extensive production and transport infrastructure,” he added.

“We are proud of the confidence placed in our competencies by Caspian countries, which are among leaders of oil and gas production, regarding implementation of high priority international projects,” Alekperov concluded

As for the field, the Shah Deniz gas condensate field is located in the Azerbaijan sector of the Caspian Sea, 43.5 miles southeast of Baku.

The project is implemented under a PSA and commercial production there began in 2006. In 2020, Shah Deniz consortium extracted 639 bcf of gas and 3.6 million tons of gas condensate.

In 2018, the second stage of the project was launched, with annual production expected to reach 918 bcf of gas and 5 million tons of gas condensate. The gas is sold on the markets of Azerbaijan, Georgia, and Turkey. Since December 2020, it is also delivered to Europe via a pipeline system.