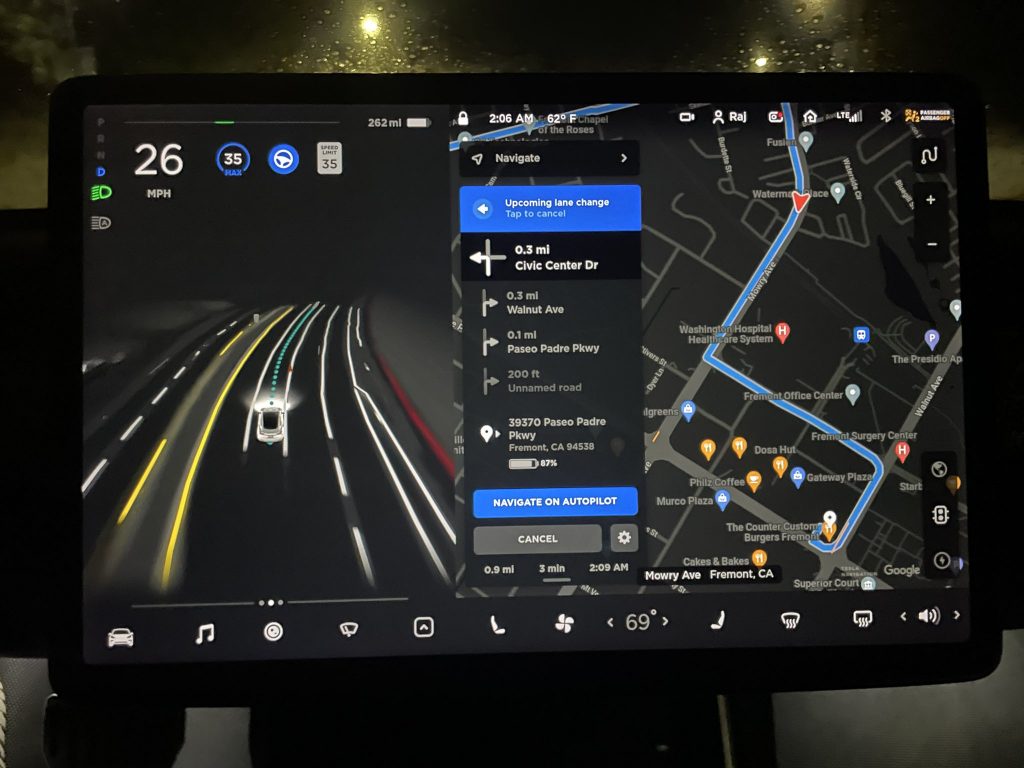 Just as promised by CEO Elon Musk, Tesla rolled out FSD Beta 10 to its group of testers as the weekend was starting. Few videos of the advanced driver-assist system in action have been shared online so far, though comments from some FSD Beta testers have indicated that V10 does indeed present some notable improvements compared to the outgoing V9.2.

FSD Beta 10 came as part of update 2020.24.15, which featured a set of identical release notes as the outgoing version. Based on the first clips uploaded of the newly-released update, however, it appears that FSD Beta 10 featured some UI changes to start. The driving visualizations have been cleaned up, for one, and the icons on the left side of the display have been rearranged for the Model 3 and Model Y.

Performance-wise, a number of FSD Beta testers have mentioned that their vehicles now behave like a driver that’s more experienced than before. Tesla Raj, whose Model 3 has been in the FSD Beta program since October 2020, noted after an initial drive that his vehicle’s advanced driver-assist system feels better and more solid. Intersections and roundabouts were handled very smoothly by V10 as well.

That being said, some testers also mentioned that FSD Beta 10’s highway performance still felt very similar to Navigate on Autopilot. This is not to say that the improvements rolled out to FSD Beta 10 are strictly incremental, of course, as it remains to be seen how the new update performs in more challenging situations. These tests would likely be done and shared in the coming days, as FSD Beta testers push the newly-released iteration of the driver-assist system to its limits.

Interestingly enough, a number of FSD Beta testers have noted that the update is indeed quite mind-blowing in the way that the system is so much smoother and more confident than its already-impressive predecessors. This was hinted at by FSD Beta tester AI Addict on YouTube, who proceeded to test V10 on San Francisco’s Lombard Street. The Lombard Street test was an overwhelming success, with FSD Beta 10 navigating the twisty road confidently and without any disengagements.

Elon Musk has been pretty excited and optimistic about FSD Beta 10, noting recently that the update would blow minds. Depending on the performance of FSD Beta 10, Tesla may release its next update, V10.1, about two weeks later. If these are released out without any issues, then the company could finally release its “Request FSD Beta” button, which has been promised for months.

Check out a video of FSD Beta 10 taking on Lombard Street below.

Don’t hesitate to contact us with account tips. Just send a message to [email protected] to give us a heads up.