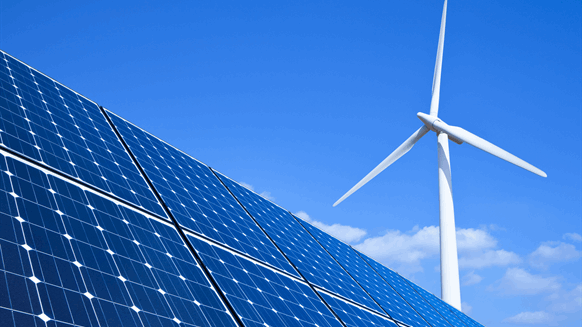 Sarawak Shell Berhad (SSB), a subsidiary of Royal Dutch Shell plc, has announced that it has taken a final investment decision (FID) on the Timi gas development project.

Timi, which is situated approximately 124 miles off the coast of Sarawak, in Malaysia, features SSB’s first wellhead platform in the country powered by a solar and wind hybrid renewable power system. The Timi development is designed to reach up to 50,000 barrels of oil equivalent per day peak production and will evacuate its gas to the F23 production hub via a 50-mile pipeline, Shell revealed.

“Timi, which is powered by a solar and wind hybrid power system, demonstrates Shell’s capabilities to innovate and deliver safe, reliable, and sustainable projects, in line with our commitment to achieve net-zero emissions by 2050 in step with society,” Wael Sawan, Shell’s upstream director, said in a company statement.

“Shell is pleased to be able to progress this project in a competitive and responsible manner, as part of the vital role Upstream plays in delivering Shell’s strategy and in support of economic growth in Malaysia,” Sawan added in the statement.

Timi is a sweet gas field discovered in 2018 under the SK318 PSC. The asset will be developed as part of the SK318 Production Sharing Contract with SSB as the operator holding a 75 percent equity. The other two partners are Petronas Carigali Sdn Bhd, which holds a 15 percent stake, and Brunei Energy Exploration, which holds the remaining 10 percent interest.

Shell announced plans to become a net-zero emissions energy business by 2050, or sooner, in April 2020. In a company statement at the time, Shell’s chief executive officer, Ben van Beurden, said, “society’s expectations have shifted quickly in the debate around climate change”.

“Shell now needs to go further with our own ambitions, which is why we aim to be a net-zero emissions energy business by 2050 or sooner. Society, and our customers, expect nothing less,” the Shell CEO added in the statement, which was posted on the company’s website in April last year.

Shell has been involved in Malaysia for over 125 years, according to its website, which notes that the company’s journey with the nation is intertwined. Shell says on its site that it helped pioneer Malaysia’s oil and gas industry and fueled its growth. The company discovered Malaysia’s first oil onshore, then took the industry offshore and into deepwater, according to its site. In July this year, Shell Malaysia launched a pathway for the country to achieve carbon neutrality by 2065.

Tesla Cancels Referral Program Except for $500 Bonus on Solar Roof
Boris Johnson says it will be ‘tough’ to meet climate finance targets ahead of COP26
Chevron CEO explains why the oil giant’s lower-carbon investments look past wind and solar energy
Surging gas prices are the ‘transition premium’ in the push toward renewables, OPEC chief says
OPEC Secretary General Visits Venezuela