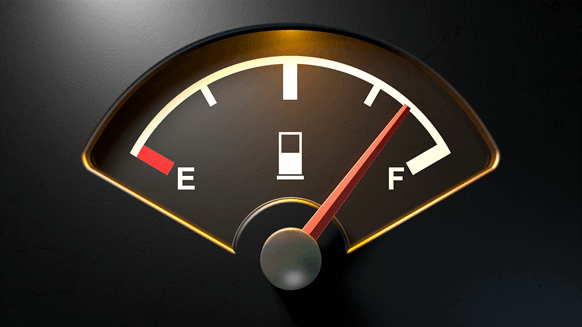 (Bloomberg) — American oil refiners eager to boost gasoline production for the summer driving season are leaving the country awash with fuel at a time when the rebound in consumption is still uncertain.

U.S. gasoline stockpiles have jumped to the highest in three-months, while a measure of demand fell to a three-month low, according to a government report published Wednesday.

The ballooning supplies show how the path of recovery from the devastating impact the pandemic had on demand may be volatile for the next few months, even as the world’s top oil consumer opens up.

“Refiners may have gotten ahead of themselves, given that these demand figures and draws are likely to continue to be lumpy, week over week, as the whole U.S. opens up,” said Trisha Curtis, co-founder of PetroNerds LLC in Denver.

Markets were swift to account for the change in the supply chain. The premium on a barrel of gasoline over West Texas Intermediate crude futures fell more than 3%. Oil futures also slipped on concerns over the rising fuel inventories and flagging demand.

Following a busy Memorial Day holiday, the next milestone for gasoline markets will be the long weekend over the Fourth of July, with millions expected to hit the roads. Family trips and the return of workers to the office could help draw down supplies, but the timing for that remains uncertain.

“Given that refiners have already purchased crude oil for processing this month, they’re stuck with those supplies,” Houston oil analyst Andy Lipow said.

The situation is not dire for refiners yet, said Thomas Finlon, chief operating officer of Brownsville LLC, a trading and logistics firm in Houston.

“This likely is not a tipping point for being on the verge of a glut, far from it,” Finlon said. “But it does seem the luster has worn off in terms of the market continuing to rally.”

Meanwhile, refinery utilization on the Gulf Coast, the nation’s fuel-making hub, rose to 92.9% last week, the highest since January 2020, the EIA said.

–With assistance from Jill R. Shah and Andres Guerra Luz.