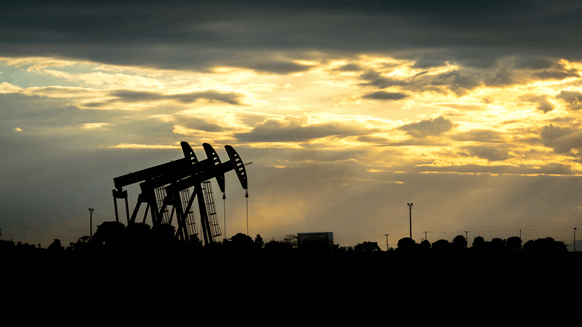 (Bloomberg) — Oil and gasoline futures both posted their second weekly gain in a row as expectations for a demand pick-up from the northern hemisphere’s summer begin to come to fruition.

Futures in New York rose nearly 5% this week, the largest such increase since mid-April. A string of data this week so far affirmed the market’s bet that higher vaccination rates and continuing reopening efforts are unleashing pent-up demand this summer.

On the supply side, oil is garnering support from deferred expectations on a renewed nuclear deal with Iran and OPEC+’s cautious approach to bringing back output. Meanwhile, global benchmark Brent ended the week above the psychological $70-a-barrel mark for the first time in over two years, nearing a technical level that may spur renewed flows into the market.

“The domestic story remains good and OPEC+ seems to be not aggressively increasing supply,” said Rob Haworth, senior investment strategist at U.S. Bank Wealth Management. The market has been hoping for a return to “a more normal travel season, and that’s the data we’re seeing in the U.S. and Europe.”

Without an immediate revival of the Iran nuclear accord looming over the market, traders see prices grinding higher as the summer demand story unfolds. U.S. government data this week served as confirmation that the world’s largest oil-consuming country is in the midst of a demand revival with the onset of the summer travel season, while other countries are also showing strength.

A gauge of gasoline consumption inched up for a third straight week at the highest since March 2020, according to the latest Energy Information Administration weekly storage report. In the U.K., government data showed road fuel sales jumped last week to near pre-pandemic levels.

“It looks like the economy is back, certainly in the U.S., and vaccines are starting to spread, which is making people want to be long oil heading into the weekend,” said Michael Lynch, president of Strategic Energy & Economic Research. Once more countries start getting a hold on the Covid-19 spread, “economies are going to start booming with pent-up consumer demand.”

While the rebound remains patchy in parts of Asia, the sharp recovery taking shape in the west is spurring calls for OPEC+ to ensure the market doesn’t overheat. The OPEC+ alliance, which this week agreed to hike output in July, may need to keep adding barrels to the market in August or September to meet the recovery, according to Gazprom Neft PJSC Chief Executive Officer Alexander Dyukov.

Helping keep oil prices afloat this year has been renewed interest from commodity index investors who are looking for ways to hedge inflation in their portfolios, wrote Ryan Fitzmaurice, commodities strategist. Investment dollars from this category of investors tends to be much “stickier” than other groups of traders.

Even so, financial flows into the oil market are still somewhat muted. Trading volumes have remained light and speculative positioning in oil is relatively low, which could pave the way for higher prices in the coming months, Citigroup analysts including Francesco Martoccia wrote in a report.