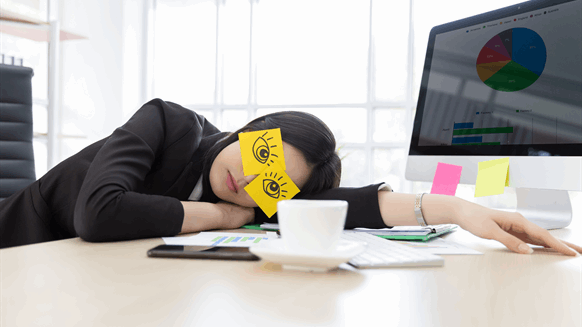 The oil and gas markets witnessed significant excitement this past week, with the ongoing impact of the Colonial Pipeline cyberattack. Looking beyond the Colonial situation, however, one of Rigzone’s regular market-watchers has observed a significant – and comparatively dull –  undercurrent at play as well. Find out more about this relatively boring item, and other recent developments, in this recap of oil and gas hits and misses from the past week.

Jon Donnel, Managing Director, B. Riley Advisory Services: Attention grabbing headlines made for a volatile week for oil prices, but underlying supply and demand fundamentals have remained relatively consistent. U.S. inventory levels were little changed during the week while production has held steady around 11 million barrels per day. COVID cases continue to surge in India, but OPEC held its demand forecasts for 2021 steady with expectations for a strong second half of the year as economies continue to reopen. Looking back to mid-February, front-month West Texas Intermediate (WTI) prices have remained relatively range-bound between $60 and $65 per barrel, despite winter storms, Middle East tensions, and the Suez Canal shutdown. This is a good setup for E&P cash flows and should enable some optionality around capital budgets in the second half of the year.

Tom Seng, Director – School of Energy Economics, Policy and Commerce, University of Tulsa’s Collins College of Business: The Colonial Pipeline cyberattack, new conflicts in the Middle East, and another draw-down in petroleum stocks all contributed to a two-month high for WTI this week – although prices look to settle lower than a week ago. WTI crested at just under $66.80 per barrel mid-week, a level not seen since early March, while Brent hit $70 for the second time this month.

The week began with the market reacting to the shut-down of the country’s largest refined products pipeline caused by a ransomware attack on their IT systems by the hacker group Dark Side. Colonial, which supplies an estimated 45% of the refined products to the East Coast, ceased operations as a precautionary measure but is working currently to return service. Panic gasoline buying and station shortages drove retail prices as high as $7 per gallon in some locations in the Southeast U.S. The national average for retail gasoline did crest the $3 per gallon mark – the highest since the fall of 2014. However, June RBOB (reformulated gasoline) prices retreated yesterday on lower oil prices after spiking early week on this event. Even so, such an attack on a major energy artery illustrates the need for better cybersecurity for the entire U.S. energy complex.

Fighting between Israel and the Palestinian group, Hamas, has broken-out again on the Gaza strip. Both sides are pointing to attacks by the other to justify the continuing violence. While Israel is not an oil exporter, any conflicts in this rich oil-producing region causes concern over potential supply disruptions.

While only a slight decline in crude inventories was reported this week, inventories of oil and refined products are below their respective five-year averages as we head into the critical summer driving season at month’s end. And, with the Centers for Disease Control announcement that those who have received two vaccine doses no longer need to wear masks inside or outside, we may now see a much more “normal” level of travel this summer.

The Energy Information Administration (EIA) Weekly Petroleum Status Report indicated that commercial oil inventories decreased by a mere 400,000 barrels, but it was a decline nonetheless. Wall Street Journal analysts were calling for a 2.2 million-barrel drop while the American Petroleum Institute reported that inventories were 2.5 million barrels lower. Total crude stored now sits at 485 million barrels, 2% below the five-year average for this time of year. Refinery utilization fell 0.4% to 86.1% from 86.5% the week prior. Look for this week’s average utilization to be lower given that Colonial couldn’t take product for several days. Total motor gasoline inventories decreased by 400,000 barrels and are now at 1% below the five-year average – not the level needed ahead of the summer driving season. Distillates decreased by 1.7 million barrels and have fallen to 3% below the five-year average. Crude oil stocks at the key Cushing, Okla., hub dropped 421,000 barrels to 60% of capacity there. U.S. oil production increased by 100,000 barrels per day (bpd) to 11 million bpd. Additionally, there was a draw of about 1.4 million barrels from the Strategic Petroleum Reserve as the U.S. government continues to sell into this $60-plus market.

The International Energy Agency in Paris stated that the inventory glut that once existed has been reduced substantially, but concerns now exist over demand in India given the rising number of cases of coronavirus there.

The Dow, S&P, and NASDAQ are all higher at week’s end after substantial dips mid-week on the report of higher inflation in April. The U.S. dollar is lower today after gaining some strength earlier in the week on the report that the April Consumer Price Index – a measure of inflation – rose 4.2% vs. last year. Year-on-year inflation now stands at 3%. The Federal Reserve has been targeting 2% inflation but is taking no action at this time.

The EIA’s Weekly Natural Gas Storage Report showed an injection of 71 billion cubic feet (Bcf), with an “implied” flow of 75 Bcf due to the reclassification of some working gas in the South Central U.S. The latter number was closer to forecasts. Stored natural gas now stands at 2 trillion cubic feet – 16% lower than last year and 3.4% below the five-year average. Supplies of natural gas increased to 91.8 from 91.6 Bcf per day (Bcfd) the prior week. Total demand last week was 89.1 Bcfd, up from 84.8 Bcfd the prior week, with residential/commercial usage increasing on some latent spring cold weather. Exports to Mexico rose to 6.2 Bcfd while exports of LNG held at 11.2 Bcfd. Summer prices for natural gas remain strong at or near $3 as storage refills will be strong. Any prolonged heat could spike these even higher.

Mark Le Dain, vice president of strategy with the oil and gas data firm Validere: The anticipated gasoline shortage appeared to lead to increased gasoline demand this week. We’ve seen this play out time and again in supply chains this past year where the idea of a shortage drives purchases and hoarding. A good example was that even areas that weren’t directly impacted by the outage started running low.

Donnel: It was surprising to see reports at the end of the week that Colonial Pipeline paid a $5 million ransom to the hackers responsible for the cyberattacks that rendered the pipeline inoperable. While the cost/benefit calculus may make this a reasonable decision for the company and the hacker group suggested it will “avoid social consequences in the future,” this news could embolden similar attacks in the future. Clearly, cybersecurity precautions will be taking on increasing importance across the energy and infrastructure sectors.