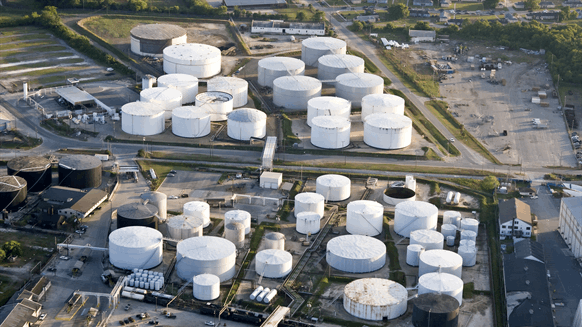 (Bloomberg) — Oil edged higher as gains on signs of strengthening demand in key economies offset concern around the rampant virus resurgence in countries such as India.

West Texas Intermediate snapped a back-to-back streak of declines after flipping between modest gains on losses on Thursday. Gasoline demand is improving in the U.S., while jobless claims in the country have fallen to the lowest since the pandemic began. But casting a cloud over bright spots there, India — the world’s third largest oil importer — posted the world’s largest one-day jump in coronavirus cases.

“Demand is not outstripping expectations at this point,” said Rob Haworth, senior investment strategist at U.S. Bank Wealth Management. “Until we get reopened and travel and activity really picks up again, that leaves the market in a betwixt and between spot.”

It’s an increasingly complex global demand picture for the market to get a handle on. Japanese Prime minister Yoshihide Suga recommended placing Tokyo and other cities under a state of emergency months before the capital hosts the Olympics. But there is a much more optimistic outlook in the U.S. Refining margins have significantly improved with gasoline demand at 93% of pre-pandemic levels and diesel demand fully recovered, Valero Energy Corp. Chief Executive Officer Joe Gorder said in a conference call with analysts.

Even as persistent Covid crises threaten demand, some countries are mapping out plans to open up. Among them, France will lift curbs on regional movement and reopen schools in the coming weeks, and Greece will ease most lockdown measures in May before welcoming back tourists.

On the supply side, the OPEC+ coalition is set to start returning more barrels to the market next month. Traders are also watching for a potential relaxation of American sanctions on Iran, though the U.S. has talked down the prospect of an imminent deal.

“Oil markets are likely to be stuck in a holding pattern until next week’s OPEC+ supply decision is announced,” said Ryan Fitzmaurice, commodities strategist at Rabobank. It is likely for “more range-bound trade to take place until the market gets more clarity on both the supply and demand front as we approach the all-important summer driving season.”