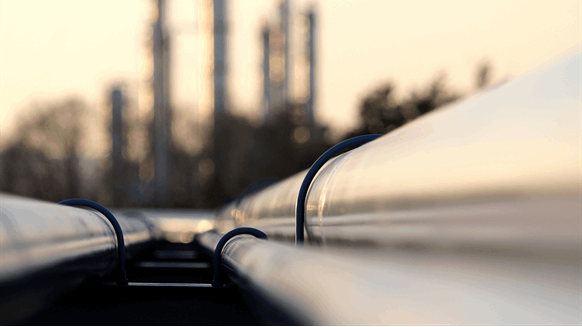 The official, Stacey Jensen, made the announcement during a call with pipeline opponents Thursday, said Dallas Goldtooth, an official with the Indigenous Environmental Network.

The controversial project’s ability to continue to operate would be a rare victory for pipeline owners following President Joe Biden’s decision to cancel the permit for the $9 billion Keystone XL oil line. Even before the Democrat’s inauguration, the oil and gas industry had been struggling to move forward with new infrastructure plans amid stiff opposition from climate advocates.

Jensen, who serves as assistant for regulatory and tribal affairs in the Corps office of Assistant Secretary of the Army for Civil Works, said in an interview that the matter is in the hands of the Justice Department.

Several tribes have already pushed the federal district court in Washington to issue its own shutdown order. The tribes’ motion is pending before the judge, who could issue a decision in the coming weeks.

“All I said is the facts of the case will be laid out today,” Jensen said. “I have no details on what facts will be discussed.”

”In a meeting with members of Biden’s staff earlier this year, we were told that this new administration wanted to ‘get this right,’” Standing Rock Sioux Chairman Mike Faith said in a statement Friday. “Unfortunately, this reported update from the U.S. Army Corps of Engineers shows it has chosen to ignore our pleas and stick to the wrong path.”

Energy Transfer, which is controlled by billionaire Kelcy Warren, jumped as much as 4.7% in New York as of 9:55 a.m. Phillips 66 Partners, which owns a minority stake in the project, surged as much as 9.3%. Shares of Bakken producers Continental Resources Inc. and Hess Corp. also climbed.

–With assistance from Gerson Freitas Jr.

Every new passenger car sold in the world will be electric by 2040, says Exxon Mobil CEO Darren Woods
The race to make green hydrogen competitive is on. And Europe is building industrial-scale electrolyzers to help
Oil Rises as G7 Leaders Assess Capacity Limits
Energy Workforce & Technology Council Gives Out Safety Awards
Total shutdown of Russian gas pipelines to Europe ‘is not inconceivable’