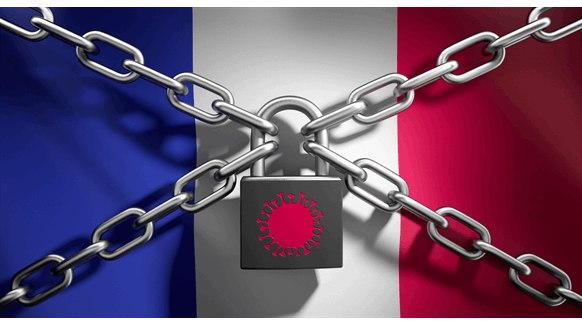 (Bloomberg) — Oil fell the most in roughly a week after France announced it will start a month-long lockdown, while OPEC+ voiced its concerns about the strength of oil demand ahead of an expected decision this week on output.

Futures in New York fell 2.3% on Wednesday to the lowest in nearly a week, with French President Emmanuel Macron saying the pandemic is more dangerous than it was in the fall in his address to the nation. The deteriorating near-term demand picture in Europe offset a surprise oil supply draw in the U.S. and other bullish signals pointing toward rising demand as more Americans are vaccinated.

“The news out of France is very troubling for the petroleum complex,” said John Kilduff, a partner at Again Capital LLC. “The Covid situation worsening, particularly in Europe, represents a demand hit again, and it’s weighing on prices.”

Meanwhile, an OPEC+ panel meeting ended without a policy recommendation ahead of Thursday’s talks where the producer group will decide on production going forward. The OPEC+ alliance is debating whether to revive part of the 8 million barrels of daily output — about 8% of global supply — they’re withholding. OPEC Secretary-General Mohammad Barkindo pointed to the oil market’s recent volatility as “a reminder of the fragility facing economies and oil demand.”

“The balance of risks suggests OPEC will steer toward the cautious outcome, delivering sharp deficits and continue to tighten energy markets at a fast clip,” TD Securities commodity strategists led by Bart Melek said in a note.

Figures from the Energy Information Administration paint the U.S. as a bright spot for demand recovery. U.S. refineries are processing crude at the highest rate in a year. In other parts of the world, the trajectory for fuel consumption remains muddled as evidenced by France’s renewed nationwide lockdown.

The demand numbers in the U.S. “were huge and we continue to see improvements there,” said Matt Sallee, portfolio manager at Tortoise, a firm that manages roughly $8 billion in energy-related assets. “It’s pretty consensus to think that gasoline will be strong and jet fuel will be the laggard,” but there’s been positive signs “even on the jet fuel side.”

Separately, Saudi Aramco, the state-owned oil giant, is expected to raise its Arab Light official selling price for May supplies by 30 cents a barrel, according to the median estimate in a Bloomberg survey of refiners and traders. That’s despite continued flows of Iranian crude into China, and challenging conditions for many Asian refiners.