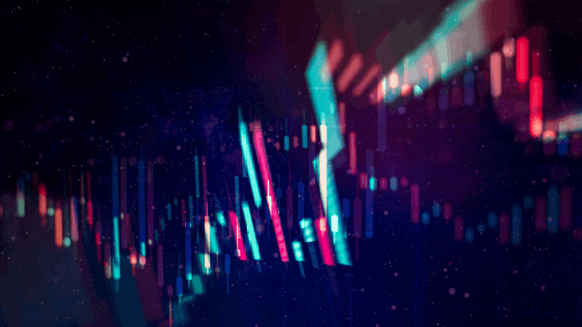 (Bloomberg) — Oil snapped a two-day streak of gains alongside a strengthening dollar as near-term risks to the demand recovery emerged ahead of a OPEC+ meeting this week to decide on output policy.

Futures in New York fell 1.6% Tuesday to below $61 a barrel. An OPEC+ technical panel agreed to revise down the group’s oil-demand estimates for the year following suggestions from Saudi Arabia, delegates said. The dimmer outlook for consumption in the coming months comes as the oil market contends with setbacks to the near-term trajectory of economic reopening plans worldwide.

Meanwhile, the Bloomberg Dollar Spot Index rose to the highest since November, reducing the appeal of commodities priced in the currency. Weaker U.S. equities also weighed on oil prices, while Treasury yields rose.

“Overall, there’s concern on the demand outlook and how quickly we’re going to recover,” said Gary Cunningham, director at Stamford, Connecticut-based Tradition Energy. But OPEC+ is likely “maintaining the cuts longer than anticipated, because we’re not seeing that recovery in demand.”

Oil prices have pulled back in recent weeks as the coronavirus situation deteriorates in parts of the world ahead of a widely anticipated demand rebound once enough people are vaccinated. Stricter lockdown rules in parts of Europe are showing up in traffic data and fuel use, while in the U.S., data from OPIS by IHS Markit show gasoline sales trailing pre-pandemic levels by 16%, even as the country’s demand rebound provides a bright spot for the consumption outlook.

The price retreat also is a symptom of a rally that may have gotten ahead of itself, with global benchmark Brent futures surging above $71 a barrel earlier this month before the abrupt pullback. Crude at $70 a barrel destroys demand at a “faster pace,” and the market is still facing a lot of oil inventories, Total SE Chief Executive Officer Patrick Pouyanne said at an online conference.

All eyes are now on OPEC and its allies, who will consider whether to revive part of the 8 million barrels of daily output — about 8% of global supply — that they’re withholding. At their last gathering earlier this month, the group had been widely expected to return some barrels to the market but, led by Saudi Arabia, opted not to do so given the sustained threat posed by the pandemic. The producer alliance is expected to maintain tight curbs to deplete global inventories further.

“Not enough has changed during March for OPEC+ to change that policy and increase targets, except for Russia and Kazakhstan, or for Saudi Arabia to reverse its unilateral 1 million barrels per day cut,” Standard Chartered analysts including Paul Horsnell said in a note. “By protecting the floor and focusing on the weakness of current demand and downplaying the 6 million barrels a day of growth to come, we think OPEC+ is skewing price risks to the upside in” the second quarter.

Brent is probably stuck around $65 a barrel for the time being, according to Torbjorn Tornqvist, chairman and chief executive officer of Gunvor Group Ltd. The continuing spread of Covid-19 in Europe means demand won’t come back as quickly as anticipated and the market has large amounts of spare capacity.

The nearest timespreads for both WTI and Brent have been reflecting the weakness in recent sessions. WTI’s so-called prompt spread closed in contango — a bearish structure in which nearby contracts trade at a discount to later ones — while Brent’s did so as well ahead of the May contract’s expiry this week.

Still, there was bullish news on the supply side, with benchmark North Sea crude loadings for May planned at their lowest level since at least 2007. The decline comes amid summer maintenance, notably on the key Forties grade.

In the U.S, crude inventories are expected to have declined last week, according to a Bloomberg survey, which would snap a five-week streak of increases if borne out in the U.S. government’s weekly storage data. The American Petroleum Institute will report its figures later Tuesday ahead of the Energy Information Administration’s data.