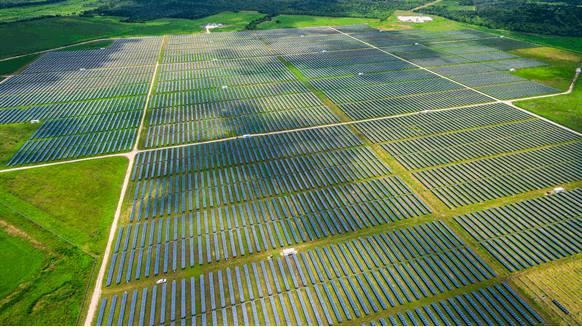 Articles about solar power and a pair of LNG projects on two different continents ranked among the more popular articles last week among Rigzone’s downstream audience. Read on for details.

How Much Solar PV Is Needed for Net Zero Target?

For the United States to meet its target of emitting zero net carbon dioxide emissions by 2050, the country would need to deploy 13,412 square miles (34,737 kilometers) – or 0.43 percent of the total Lower 48 land area – with solar photovoltaic (PV) arrays. Such is the conclusion of consulting firm Rystad Energy, which also pointed out that U.S. operational utility solar PV capacity as of last month took up a relatively paltry 654 square miles (1,694 square kilometers). Although the country falls far short in reaching the 2050 goal, Rystad contends the task is not insurmountable. To provide a bit of perspective, 13,412 square miles equates to an area somewhat larger than the state of Maryland.

Citing global LNG market changes, the developer of the Annova LNG export facility in South Texas revealed that it was immediately discontinuing the project. The facility, planned for the Port of Brownsville, would have liquefied natural gas sourced from Texas’ Agua Dulce region and loaded it onto LNG carriers for export to various global markets. At the time of Annova’s decision, the project had received one of its final required permits and had recently signed a 30-year lease with the port authority.

Total (NYSE: TOT) is leading the development of a major LNG export project in Mozambique, and trio of leading project contractors recently selected ABB (NYSE: ABB) to provide integrated and electrical systems for the complex. The end-to-end electrification package will span 26 months and calls on ABB to provide onshore electrical houses or prefabricated electrical substations, an integrated electrical control and power management system, and other technology. The Mozambique LNG facility will be capable of producing approximately 13 million tonnes per annum of LNG.