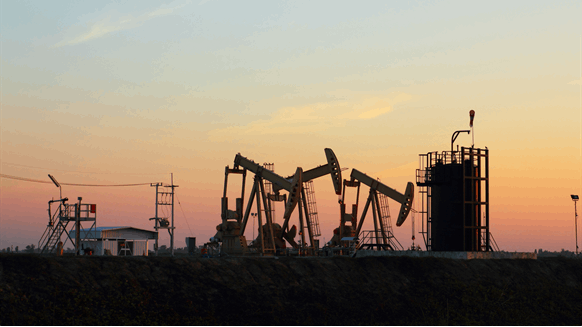 (Bloomberg) — Oil in New York barely nudged this week despite whipsawing over several days, as renewed lockdowns in some regions blunted near-term demand outlooks and muted the impact of a standstill at the Suez.

West Texas Intermediate futures fell less than 1% to close the week at $60.97, while Brent crude just barely eked out a gain, snapping a streak of back-to-back weekly declines. Futures rose almost 6% and fell nearly 5% in sessions this week as traders recalibrated their positions from day-to-day. Market volatility reached the highest since November.

While optimism remains over the long-term outlook for a global demand rebound, the downbeat developments surrounding European lockdowns and rising case counts exacerbated an abrupt unwinding of long positions in a market that was signaling it may have rallied too far, too fast. Still, Goldman Sachs Group Inc. said crude’s decline in recent weeks had overshot market fundamentals, and demand should still increase sharply through the northern hemisphere’s summer season.

Meanwhile, the Suez Canal remained blocked, with efforts to dislodge a massive container vessel expected to take until at least Wednesday. The impact on headline prices was muted.

The grounding of the Ever Given ship on Tuesday set off a chain of events that’s wreaking havoc on global seaborne trade – shipping rates have increased, hundreds of vessels remain backed up in the channel and ships are rerouting to avoid the logjam. Yet the impact on the oil market is likely smaller than it would have been in the past, with flows from the Middle East to Europe declining due to a long-term realignment of trade. And while plenty of oil is shipped from the North Sea to Asia, it’s usually carried on tankers that are too large to pass through the canal.

Nevertheless, “the last days feel like oil investors are on a rollercoaster,” said Giovanni Staunovo, a commodity analyst at UBS Group AG. “Drops are followed by a rise the day after, with fundamental news not being able to explain those shifts.”

Oil prices have come under renewed pressure recently amid softening physical demand, a strengthening dollar and the unwinding of long positions. The increased volatility over the past two weeks has been felt across oil markets. Combined open interest in WTI and Brent has fallen nearly 7% to the lowest since January, refined product prices have slipped from the highs they hit after last month’s deep freeze and crude’s underlying market structure weakened.

“The choppiness in oil prices this month is causing CTAs and risk-parity funds to de-leverage in unison and this week was no exception,” Ryan Fitzmaurice, commodities strategist at Rabobank, said in a note. “This dynamic is clear from the aggregate open interest data in oil, which started declining last week and which continued into this week, in large part due to this mechanical selling and portfolio re-balancing.”

Still, prices are up roughly 25% this year and there’s confidence in the longer-term outlook as vaccination rates climb and OPEC+ keeps supply in check. The group meets next week to decide on its production policy for May.

Beyond headline crude prices, the prompt timespread for global Brent crude flipped back into a bullish backwardation structure, where near-dated contracts are more expansive than later-dated ones, after briefly moving into a bearish contango earlier this week.

Tesla is set for a record breaking Q4 in Norway
China ‘played a great game’ on lithium and we’ve been slow to react, industry CEO says
Starlink is coming to Haiti
OPEC+ to consider deeper oil output cuts ahead of Russia sanctions and proposed price cap
BlockFi lawyer tells bankruptcy court that the priority is to ‘maximize client recoveries’