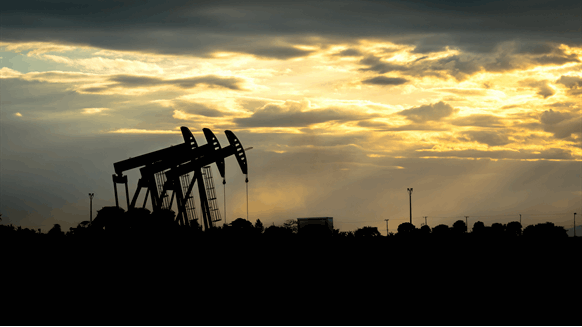 (Bloomberg) — Oil tumbled to the lowest since early February as a string of renewed lockdown measures in Europe clouded the prospects for a speedy recovery in consumption.

U.S. benchmark futures plunged 6.2% on Tuesday, and the oil futures curve collapsed into a structure indicating near-term weakness. Europe’s demand recovery is set to take another hit with Germany, France and Italy all having widened lockdown measures this month. Meanwhile, coronavirus cases are surging in India and threatening the economy’s recovery from recession.

West Texas Intermediate and Brent settled below their respective 50-day moving averages, which may add further selling pressure on prices. The nearest Brent futures contract traded at a discount to the next month for the first time since January — a pattern known as contango that points to oversupply. WTI’s so-called prompt spread was also in contango.

“The swing lower was triggered by the deteriorating near-term demand outlook in the face of still hampered refineries, surging interest and renewed European lockdowns,” Bart Melek, head of commodity strategy at TD Securities, said in a note. “With prices breaking below the 50-day moving average during the session, technical traders may well take WTI lower still.”

Oil has been touted as a popular hedge for inflation, with restrained producer output helping drive global inventory drawdowns as countries worldwide try to emerge from the pandemic. But Tuesday’s selloff provides the latest abrupt setback to an otherwise remarkable price recovery in the wake of signs of weakness in physical markets and hiccups in economic reopening plans.

“Things looked great for a couple weeks and a bunch of funds jumped in, but they possibly decided it was premature,” said Michael Lynch, president of Strategic Energy & Economic Research. Amid “what looks like some bearish demand based on the pandemic in Europe, everybody decided to selloff.”

In other markets, the dollar climbed, making commodities priced in the currency more expensive, and an advance in U.S. Treasuries showed haven buying, adding to the risk-off mood.

“U.S. production costs signal that WTI is as vulnerable as it was near the 2018 peak. Even if optimistic outlooks for a quick return to pre-pandemic consumption play out, U.S. producers have plenty of incentive to keep supplying more crude than demand can absorb.”
— Mike McGlone, BI commodities strategist

The weakness in the nearest part of the futures curve comes as stockpiles built up last year are being unwound from storage, according to consultant Energy Aspects. The contango structure is unlikely to last because the removal of oil from inventories is part of the market’s ongoing re-balancing, the consultant said.

“The road to oil demand recovery appears to be full of obstacles,” said Bjornar Tonhaugen, head of oil markets at consultant Rystad Energy. “The depth of the correction is surprising in a way, as we are just about a week ahead of the upcoming OPEC+ ministerial meeting on April 1 and as the U.S. fiscal stimulus is supposed to boost market confidence.”

In the U.S., crude inventories are expected to have risen last week for the fifth straight week, according to a Bloomberg survey. The industry-funded American Petroleum Institute will report its storage figures later Tuesday ahead of U.S. government weekly data.

Why Silicon Valley is so hot on nuclear energy and what it means for the industry
Toyota secures funding to develop hydrogen fuel cell version of its Hilux pickup in the UK
Energy markets are facing ‘one or two years of extreme volatility,’ Enel CEO says
Parking lots are becoming as important as cars in climate change efforts
Energy stocks could double next year even in a flat market, according to Fundstrat’s Tom Lee