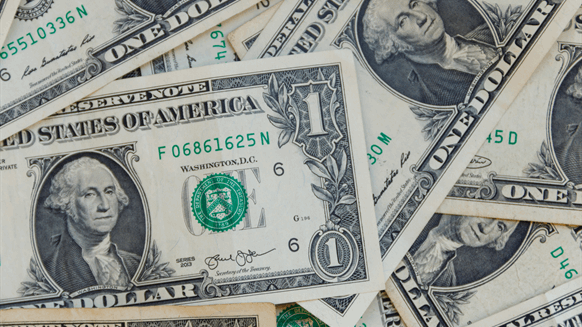 (Bloomberg) — Oil declined for a second day as the market’s underlying structure weakened and the dollar strengthened.

Futures edged 0.3% lower in New York on Monday, paring earlier losses as U.S. equities reversed a decline. While the Bloomberg Dollar Spot Index faded from a session high, a small gain for the greenback still weighed on commodities priced in the currency.

“There’s a little bit of consolidation after the pretty sizable move” in prices, said Stewart Glickman, energy equity analyst at CFRA Research. “Inventory levels are not terrible, but demand isn’t all the way back.”

Prices are up more than 30% this year, but the rally is reviving some worries that further gains will trigger a comeback in U.S. shale production. Traders are also watching for signs that more Iranian barrels may hit the market amid U.S. efforts to return to the nuclear deal.

“The possibility of Iranian oil coming back onto the market at some point,” is weighing on the supply outlook, said Tariq Zahir, managing member of the global macro program at Tyche Capital Advisors LLC. “Getting them back into the nuclear deal, allowing some sanctions to be lifted and oil to be sold, that’s a lot of oil in the market.”

Meanwhile, risks to the demand recovery remain, with Europe’s biggest countries suspending use of AstraZeneca Plc’s Covid-19 shot in another delay for the European Union’s vaccination campaign. The rebound for energy consumption will hinge on how well economies are able to open back up after Covid lockdowns.

Still, a growing number of major investment banks have boosted their outlook for crude prices with OPEC+ currently keeping output restrained and bright spots emerging for demand. Bank of America Global Research raised its full-year forecasts for global and U.S. benchmark crude futures, while Citigroup Inc. predicts Brent may even hit $80 a barrel in the next few months.

In China, industrial output surged in the first two months of the year, underscoring the strength of its V-shaped rebound and reinforcing expectations for increased energy demand.

China processed more than 14 million barrels a day of crude in January and February, and refiners have kept consumption above that level every month since June. There are also bullish demand signs elsewhere, with U.S. air passenger numbers hitting a 12-month high on Friday, while road use is creeping up in parts of Europe.

–With assistance from Javier Blas.