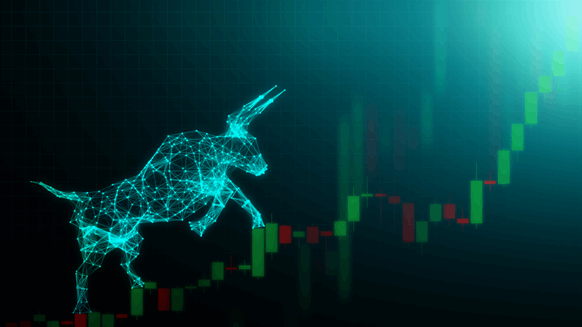 (Bloomberg) — Oil rallied to the highest in nearly two years in New York after OPEC+ shocked markets with a decision to keep supply limited as the global economy starts to recover from a pandemic-driven slump.

U.S. benchmark crude futures topped $66 a barrel on Friday, while its global counterpart Brent neared the key $70 level. The producer alliance’s supply curbs and the rollout of Covid-19 vaccines have aided a stellar rebound for crude from the depths of the coronavirus-related fallout. OPEC+’s surprise decision on Thursday to keep output steady in April boosted prices further and led to strength in the market’s structure. Major banks upgraded price forecasts, with some calls for oil reaching north of $100 next year.

“In some ways, even more important than the lack of oil was the message that came with it: They’re not really worried about price, not worried about tightening,” said Paul Horsnell, head of commodities research at Standard Chartered Plc. “The door is wide open to prices beyond $70.”

Crude has soared more than 30% so far this year with OPEC+’s output restraint holding the market over until a full-fledged comeback in consumption. The group’s latest decision represents a victory for Riyadh, which has advocated for tight curbs to keep prices supported.

“Overall, this was the most bullish outcome we could have expected,” JPMorgan Chase & Co. analysts including Natasha Kaneva wrote in a note to clients.

Saudi Arabia’s bold and unexpected gamble to restrain production is founded upon its view that this time around higher prices will not lead to a big increase in output by American shale drillers. Saudi Energy Minister Prince Abdulaziz bin Salman said in an interview after the meeting that shale companies were now more focused on dividends.

Oil’s rebound this year stands to intensify the debate about a potential resurgence in inflation, and complicate the task facing the Federal Reserve as it supports the U.S. recovery. The Treasury market is already looking for signs of faster price gains, with yields rising rapidly. Meanwhile, U.S. employers added more jobs than forecast in February.

Goldman Sachs Group Inc. raised its Brent forecasts by $5 a barrel and now sees the global crude benchmark at $80 in the third quarter. JPMorgan increased its Brent projection by $2 to $3 a barrel and Australia & New Zealand Banking Group Ltd. boosted its three-month target to $70. Citigroup Inc. said crude could top $70 before the end of this month.

Oil rising to these levels will likely increase strains within OPEC+ as some members will want to pump more to relieve under-pressure economies, Citi said in a note. Top importers such as China and India would also not be happy and the alliance is likely to change course at its next meeting, it said.

The lack of fresh supply was reflected in oil’s futures curve. Brent’s prompt timespread widened to 68 cents in backwardation — a bullish structure where near-dated prices are higher than later-dated ones — from 54 cents Thursday. Gauges further along the oil futures curve also surged.

A closely watched measure in the oil-options market — West Texas Intermediate’s skew on the nearest contract — turned positive Friday for the first time in more than a year, signaling traders are willing to pay more for protection against rising crude prices.

“We’ve whittled down inventories and the daily supply is significantly lower than before this agreement started,” said Michael Hiley, head of over-the-counter energy trading at New York-based LPS Futures. “Saudi has done what they said they were going to do and kept supply off the market.”