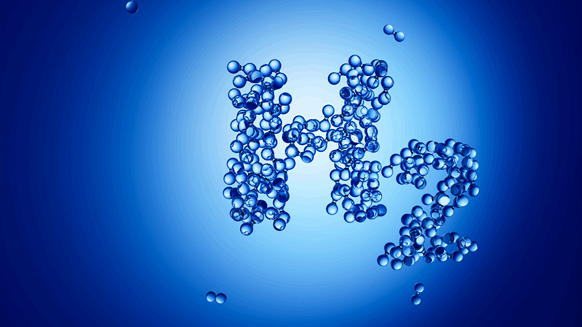 “That’s jump ball right now,” Kerry said during the second day of the CERAWeek conference by IHS Markit. “The test is going to be how do we produce the hydrogen in a way that isn’t so damaging and carbon-intensive.”

President Joe Biden has extolled the climate potential of hydrogen, which is widely seen as a lower-carbon alternative to natural gas in fueling power plants and vehicles. While most of it is currently extracted from gas, there’s a push to use renewable energy to make the fuel from water, which wouldn’t generate carbon emissions. Oil and gas companies have “incredible infrastructure” to transport hydrogen, Kerry said.

Kerry, who is leading U.S. efforts to encourage more aggressive emissions-cutting commitments under the Paris agreement, said the Biden administration will push China on the issue, even as it confronts the world’s top greenhouse-gas emitter over trade and intellectual property concerns.

“There are tensions today that did not exist back then,” but “we can deal with this as a compartmentalized issue,” Kerry said. “The climate crisis is not something that can fall victim to those other concerns and contests, because China is 30% of all the world’s emissions.”

The U.S. formally rejoined some 195 other countries in the Paris agreement last month, and the Biden administration is developing a new emissions-cutting pledge that officials have said will be as “aggressive” as possible. The U.S. is gathering some of the world’s leading emitters in an April 22 virtual summit with the goal of raising ambition and pushing countries to keep average global temperatures from rising more than 1.5 degrees Celsius over pre-industrial levels.

Kerry framed the effort as one of economic opportunity, including for American investors in India, which is clamoring to propel solar power that could rely on different materials and components than those produced in China today. The former secretary of state said he’d been working with major investment houses and asset managers to encourage private-sector capital to be directed “in the right place here so we can make this transition faster.”

“By 2050, you’re going to have about $6 trillion a year of economic transfer taking place in the clean energy technology sector,” Kerry said. “It’s the market of the future.”

Kerry also called for a national electric grid following the failure of Texas’s power system during a cold snap last month. The patchwork nature of the U.S. energy network means there are grids designed to support the high-population coastal areas, with a largely isolated grid that serves Texas and “a gaping hole in the middle of the country,” he said.

That presents an opportunity to develop a larger system that can better deliver power anywhere in the nation, Kerry said. “Texas is a prime example of what we need to build out,” he said. “We need a smart grid.”