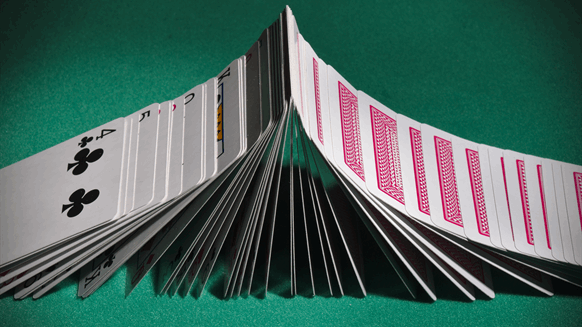 (Bloomberg) — The battered and bruised U.S. shale industry is finding a resurgence in one of the most unlikely places: private operators most investors have never heard of.

That’s emblematic of what’s happening across the industry. Once minor players, private drillers held half the share of the horizontal rig count as of December. It’s the first time in the modern shale era that they have risen to the level of the supermajors.

That’s happening when, after years of unwieldy supply growth, the big guys are finally starting to show restraint. They’ve dialed back drilling after the pandemic sent oil prices into collapse. Now that the market is on the rise again, the majors and publicly-traded counterparts are mostly sticking to the mantra of discipline, all but ending shale’s decade-long assault on OPEC for market share.

But private operators’ ambitious growth plans present the cartel with a wild card as prices rebound and it attempts to lift its own production.

“It’s amazing on both fronts: private companies are getting so much bigger than we ever thought they would and the publics are drilling so much less than we ever thought they would,” said Wil Vanloh, co-founder of the private equity firm Quantum Energy Partners, whose portfolio companies have combined for 18 rigs, trailing only EOG Resources Inc. for most in the nation.

With oil prices up close to 30% in the past two months, traders and analysts are watching shale producers closely for signs that they’re opening the spigots. Most big publicly traded explorers are listening to investors’ pleas and planning to keep production flat. But the contrast in output strategy from the private companies underscores just how anarchic the oil market is.

The question is where does it go from here. A Bloomberg survey of major forecasters including Enverus and Rystad Energy showed a variance of 700,000 barrels a day, more than half of Nigeria’s production, indicating how much uncertainty surrounds large, private producers whose plans are mostly shielded from public view.

If private drillers keep expanding at their current pace, it could eventually mean that U.S. production ends up on the higher end of analyst forecasts. And that, of course, could weigh on prices.

“In a few months, a lot of private operators will return in an aggressive manner to add wells and rigs because they are able to realize returns faster as oil prices are improving,” said Artem Abramov, head of shale research at Rystad.

The private drillers are on pace to spend $3 billion in just the first three months of this year, doubling from their lowest levels of 2020, according to industry data provider Lium.

The spending spree is leading to a rig resurgence. The number of U.S. drilling rigs that can bore a hole a mile deep and turn sideways for another two miles has steadily improved since history’s worst crude-price crash forced a 15-year low in August. Most of that growth has come from the private companies.

The private drillers reached a record 50% share of the horizontal rig count in December, up from 40% a year earlier.

“We are expecting output to start growing from the second half of this year, and that will likely come more from drilling by private companies than public ones,” said Bernadette Johnson, vice president for strategy and analytics at Enverus.

DoublePoint Energy, backed by investors including Quantum, has doubled production to about 80,000 barrels a day in the past year and expects to increase to more than 100,000 barrels a day over the next few months, according to Co-Chief Executive Officer Cody Campbell.

“The publics are under a lot pressure to be disciplined with the capital they spend,” Campbell said in an interview. “They don’t have the freedom to go after returns like we can.”

That freedom means the private operators could also become more of a thorn in the side of OPEC+ if they keep expanding over the next six months to a year, said Daniel Cruise, a partner at Lium. The producer group, which meets on March 4 to discuss strategy, has been withholding barrels to support the market even as some key members disagree on the path forward.

“If these guys stay out in the field and keep pumping and shale goes up, then that presents a whole other thing for OPEC,” Cruise said.

Some of the discipline on the part of the publicly-traded independents comes from experience.

For years, companies pledged sky-high returns even when oil was as low as $50 a barrel. But those promises were never kept. Over the past decade, shale oil and gas producers burned through more than $300 billion in capital spending above the cash generated from oil revenues, according to Deloitte LLP. That resulted in massive flows of oil but little in the way of financial returns to investors.

Indeed, oil’s dizzying collapse last year is still fresh in the minds of many, and shareholders are quick to punish the producers they think are getting too aggressive. Matador Resources Co. was widely questioned when it recently announced plans to add one rig to its Permian Basin holdings. The stock fell as much as 10% after the announcement.

Meanwhile, private equity-backed companies are being driven to pump harder than ever before because of a more complicated exit strategy.

Many of these suppliers started up around 2014 to 2017. At the time, it was enough for a private driller to acquire some land, put in a few wells, and they’d quickly get bought up in a lucrative sale as the public producers tried to increase reserves.

But with the decline in prices, it takes a lot more for a private driller to look attractive enough to tempt the now more-disciplined majors. Many private companies have little choice but to expand output and increase cash flow in the hope that they can lure public companies down the line when oil markets and valuations improve.

“You’ve got Major League Baseball and you’ve got the minor leagues, and the private equity backed companies were kind of like the minors,” Vanloh of Quantum said. “They were serving up opportunity, aggregating land, drilling some wells, proving some things up, but they didn’t really want to run a large-scale drilling program.”

The private companies insist they won’t fall victim to shale’s past losses because all the operational difficulties have now been worked out of the major basins, making it easier to run large rig programs.

“The guesswork just isn’t there anymore, everything is just extremely repeatable,” DoublePoint’s Campbell said. “That’s a hard story to tell if you’re a public company and dealing with investors who have been burned.”

–With assistance from Dave Merrill.