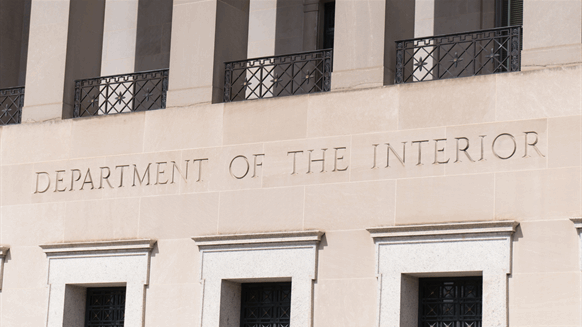 (Bloomberg) — Interior Secretary-designate Deb Haaland’s opposition to fracking, early endorsement of the Green New Deal and participation in protests against an oil pipeline in South Dakota have made her one of President Joe Biden’s most controversial cabinet nominees.

Haaland, a Democratic representative from New Mexico, will face questions about those and other positions during a confirmation hearing Tuesday, with some Republicans already warning she’s unlikely to get their support.

“I have serious concerns with Rep Haaland’s radical views and support for the Green New Deal,” Senator Steve Daines, a Montana Republican and member of the Energy and Natural Resources Committee vetting her nomination, tweeted after a meeting with Haaland. “Unless my concerns are addressed, I will not only oppose her confirmation for Interior, I will do all I can to defeat it.”

The Senate ultimately is still expected to confirm Haaland, 60, but the slim control Democrats have means Haaland needs every vote she can get. Joe Manchin, the West Virginia Democrat who is chairman of the committee considering her nomination, threw into doubt the fate of another Biden nominee last week. Manchin said he would vote against Neera Tanden to be budget director though the president vowed to press on with the nomination.

Early Monday, a moderate Republican — Senator Susan Collins of Maine — also said she would object to Tanden, making her path to confirmation even more difficult.

Haaland’s nomination has become a target for oil industry advocates, who question whether her past views will get in the way of legal obligations to advance energy development on territory under the Interior Department’s control. The agency runs the national park system and oversees grazing, recreation, energy development and other activities on about a fifth of U.S. land.

Haaland, who is a member of the Laguna Pueblo tribe west of Albuquerque, New Mexico, would become the first Native American member of a president’s cabinet.

Haaland’s past stances and statements, however, have unnerved the oil industry.

“It is one thing to hold those views” as a lawmaker and political organizer, said Anne Bradbury, head of the American Exploration and Production Council. which represents oil developers. “But it is a very different constituency and a very different responsibility to then transition over to running a large federal bureaucracy that is charged with executing — not making — the law.”

Policies Haaland charts at Interior could have a dramatic effect on U.S. energy development. Federal lands and waters made up roughly 22% of U.S. crude and 12% of U.S. natural gas in 2019, according to the Energy Information Administration.

“That supply is really the difference between greater energy security and going back to the past where we were more reliant on on foreign energy,” said Frank Macchiarola, senior vice president of the American Petroleum Institute.

Haaland’s supporters say her nomination has drawn criticism because she’s not beholden to Big Oil.

Biden nominated Haaland after a months-long campaign by Native Americans and environmental activists, who have said she would reset the Interior Department’s relationship with tribal nations and would bring a fresh perspective to the agency most frequently led by White, male Western politicians.

The department holds trust title to more than 56 million acres for tribal nations, and its Bureau of Indian Affairs works directly with 578 federally recognized tribes.

Haaland cuts a different figure as a single mother who at times relied on food assistance. She was a tribal administrator of the San Felipe Pueblo as well as the operator of a small salsa-making business. She’s represented New Mexico in the U.S. House since 2019.

“She’s going to bring a commitment to environmental and climate goals to an agency that under Trump was run by actual folks who had worked for fossil fuel corporations,” said Julian Brave NoiseCat, vice president of policy and strategy at the liberal advocacy group Data for Progress.

In 2016, Haaland brought food to Standing Rock Sioux protesters camped along the route of Energy Transfer’s Dakota Access oil pipeline. She was an early sponsor of the Green New Deal resolution in the House, which outlines a progressive vision for rapidly decarbonizing the American economy. Haaland also has said she’s “wholeheartedly against fracking and drilling on public lands.”

Haaland has “radical views” that “are squarely at odds with the responsible management of our nation’s energy resources,” said Senator John Barrasso of Wyoming, the top-ranking Republican on the Energy and Natural Resources Committee.

“Representative Haaland must demonstrate that she will follow the law, protect the multiple uses of our public lands and reject policies that will force energy workers into the unemployment line,” Barrasso said in an emailed statement. “I won’t support her nomination otherwise.”

Senator Dan Sullivan, a Republican from Alaska, said in an interview he would press for Haaland to recuse herself from decisions on those issues. “She’s already committed to certain policy approaches that I think go against the law.”