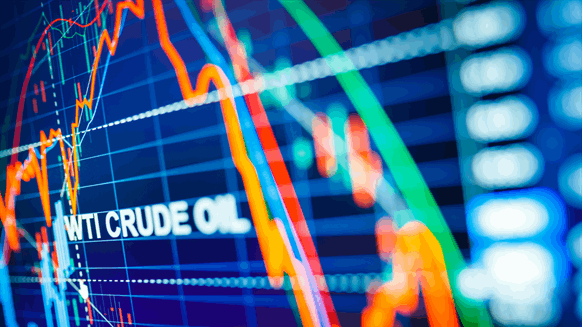 (Bloomberg) — Oil fell to the lowest in a week as output slowly resumed in Texas, while margins for processing gasoline surged as Gulf Coast refineries are seen taking weeks to restart operations after the deep freeze.

Crude futures in New York plunged $1.28 on Friday, its biggest decline in dollar terms since late December. Producers including Marathon Oil Corp. are using restored power from grids or generators to resume output that was halted by the frigid weather this week in the Eagle Ford shale basin. Meanwhile, fuel margins jumped with four of the biggest refineries in Texas seen taking several weeks to resume operations, raising the potential for fuel shortages.

“Gasoline crack spreads have exploded, and for good reason,” said Andrew Lebow, senior partner at Commodity Research Group. “Crude production is going to come back up a lot faster than refineries, leaving more crude available than there will be demand for it coming up over the next few weeks.”

Oil is still up more than 20% this year due to Saudi Arabia’s unilateral output cuts in February and March and an improving demand outlook.

The market largely expects Saudi Arabia to roll some of the output cuts back, “but how much they try and bring back is the question mark we’re all waiting for,” said Gary Cunningham, director at Stamford, Connecticut-based Tradition Energy. “We don’t see them discontinuing the cut entirely. We still haven’t seen the recovery in global demand, even though there’s all kinds of positive outlooks.”

There should be only a small and transitory impact on global oil prices from the U.S. freeze as the supply and demand impacts balance out, Goldman Sachs Group Inc. said. Still, Brent’s nearest timespread remains at one-year highs in a structure indicating tighter supplies and WTI’s discount to Brent has widened further past $3 a barrel this week, as replacements are sought for U.S. crude exports.ng

Meanwhile, the White House said it would be willing to meet with Tehran to discuss a “diplomatic way forward” in efforts to return to the nuclear deal that the U.S. quit in 2018, adding further pressure to prices. Iran is pressing the U.S. to lift sanctions and rejoin the deal if talks are to resume.