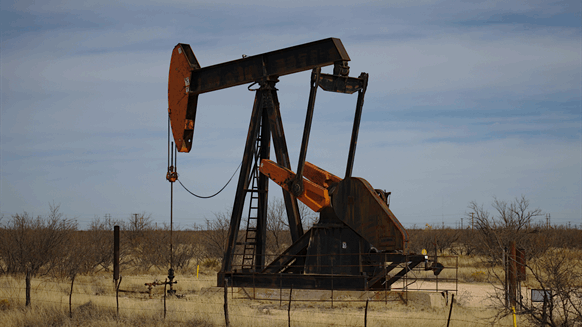 (Bloomberg) — Permian oil production has plunged by as much as one million barrels a day as the coldest weather in 30 years brings havoc to a region that seldom faces frigid Arctic blasts.

Oil traders and company executives, speaking on condition of anonymity, lifted their estimate of supply losses in the region as the temperature in Midland, the capital of the Permian basin, dropped to -1 Fahrenheit (-18 Celsius), the lowest since 1989, according to the U.S. National Weather Service. Traders had previously estimated losses at several hundred thousands barrels per day.

The supply hit is expected to be short-lived, as temperatures are due to start recovering on Tuesday.

The Permian oil outage helped to push West Texas Intermediate, the crude benchmark in the U.S., above $60 a barrel for the first time in more than a year. The shape of the oil market curve also stepped up, a condition known as backwardation that denotes market tightness. The prompt backwardation in WTI reached as much as 25 cents per barrel, the widest since May.

Texas and New Mexico, home of the Permian region, produce about 5.8 million barrels a day in normal circumstances, about half of the country’s total crude output, according to data from the U.S. Energy Information Administration.

The current losses are due to a combination of well shutdowns, flow-line outages, and disrupted road transport, all due to the extreme cold weather. Small Permian producers pick up crude every few days using trucks, but bad weather is making it hard for vehicles to get out, forcing companies to close wells.

While oil production continues in many regions despite the cold, including the Bakken basin in North Dakota, the kit used in the Permian isn’t built to withstand extremely low temperatures, executives said. For example, flow lines, which link individual wells to gathering centers, are laid overground, rather than buried, as in colder regions.

The low temperatures have already caused equipment failures at multiple natural gas processing plants in the Permian basin and in the Anadarko basin in Oklahoma, sending regional natural gas prices to record highs.