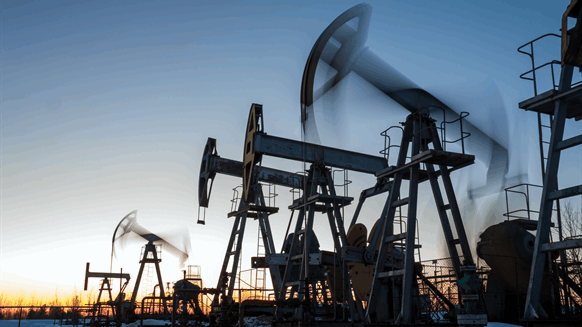 (Bloomberg) — Oil in London climbed for a fourth straight week as efforts to clear an oil surplus are seen holding the market over until demand comes back in force.

Global benchmark Brent futures on Friday surged the most since early January, while West Texas Intermediate crude flirted with $60 a barrel for the first time in more than a year. Signs of inventories declining in the U.S. and elsewhere point to the success OPEC+ has had in draining a surplus left in the wake of an historic demand slump due to the pandemic.

OPEC expects a stronger second half of 2021, indicating this week that global inventories will face sharp declines unless the cartel boosts supply. Iraq said OPEC+ is unlikely to change its output policy at a March meeting. In the U.S., crude stockpiles are at the lowest in nearly a year.

“OPEC is showing a lot more nimbleness and practicality in their approach,” said Vikas Dwivedi, a global energy strategist for Macquarie Group in Houston. “It looks like U.S. shale is going to be a lot more measured and not just completely collapse the supply/demand balance.”

One of the most dramatic moves in the market this week has been in Brent’s futures curve. So-called backwardation between the first and third futures contract, which indicates tight supplies, soared to its strongest level since January 2020. At the same time, brokers reported a frenzy of bullish trading in the key Dated-Frontline swap, which is tied to physical North Sea markets, flipping to a premium for the first time in a year.

There are further signs of supply being constrained in the near term. A frigid Arctic blast spreading across America’s largest shale oil patch has caused crude flowing from wells to slow or halt completely. Traders say several hundred barrels a day of output in the Permian Basin could be impacted by well shutdowns that began Thursday.

Crude prices “can still go higher from here,” said Ryan Gorman, market strategist at Blue Line Futures LLC in Chicago. “With Saudi Arabia’s production cut and some progress toward the end of the tunnel here for the virus, there’s still some room for this market to go.”

Still, concerns remain over whether crude’s rally is sustainable. WTI futures’ 14-day Relative Strength Index rose to the most overbought since 1999 this week and remains sharply above 70 in a sign that the commodity is due for a pullback. Meanwhile, the Covid-19 pandemic continues to crimp fuel consumption from China to the U.S., with the International Energy Agency cutting its demand forecast for 2021 and describing the market as fragile.

“Based on fundamental analysis, the case for further price gains is hard to make,” said Hans van Cleef, senior energy economist at ABN Amro. “We think that much higher oil prices are not sustainable and that oil producers will then start to increase production.”

–With assistance from Sheela Tobben.