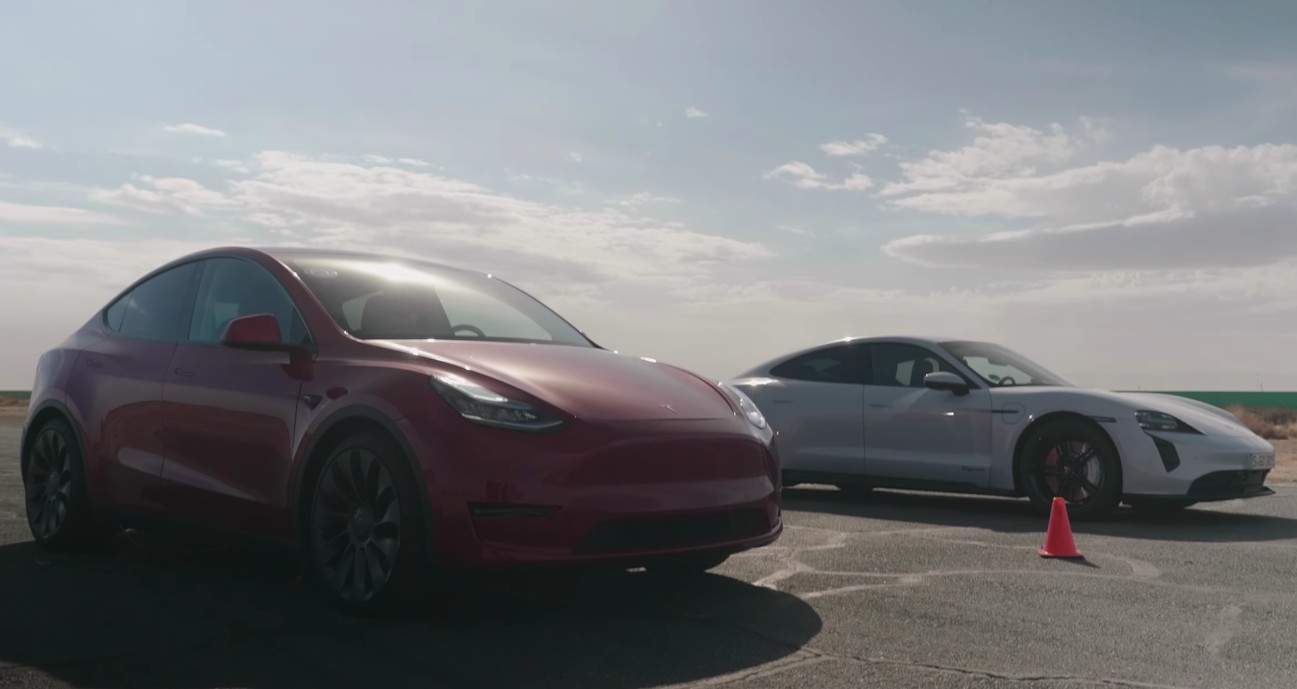 Elon Musk was not kidding when he stated that Tesla does not make slow cars. From the Model 3 Performance to the absolutely bonkers Model S Plaid, Tesla’s cars are famed for their sheer fun factor, brought about in no small part by their handling, speed, and instant power. This is most represented in the company’s Performance and Plaid models, all of which represent the best that the EV maker could offer for each vehicle in its lineup.

But even among Tesla’s Performance EVs, there is a ranking of sorts, with the Model S Plaid+ sitting at the top with its less than 1.99-second 0-60 mph time and 200 mph top speed. Sitting at the opposite end of the scale is the Model Y Performance, which features two electric motors that give it a 0-60 mph time of 3.5 seconds and a top speed of 155 mph.

Motoring media outlet Edmunds recently took it upon itself to test just how well Tesla’s slowest Performance car would stack up against the recently-launched base Porsche Taycan, which starts at around $80,000 before options. In true Porsche fashion, Edmunds’ base Taycan actually cost the firm closer to $100,000 thanks to its options, but the auto agency noted that it would be pretty cool to see just how well the electric sports sedan matches up with the chunky Tesla crossover.

The base Taycan, as mentioned by MotorTrend, still provides a good degree of the fun factor present in its more premium counterparts like the Taycan 4S, Taycan Turbo, and Taycan Turbo S. While it only features an RWD setup, and while its launch is a far cry from the brutality of the Taycan Turbo S’ 0-60 mph sprint, it is still a pretty fun car to drive with 321 to 402 hp on tap. As Edmunds started the base Taycan’s match against the Model Y, however, some surprising results soon emerged.

As it turned out, the Model Y Performance was too much for the base Porsche Taycan. The motoring agency raced the two vehicles thrice, and the Model Y walked all over its competitor each time. Granted, this was likely due to the Model Y’s weight and dual motor setup for the most part, but the results are impressive for a spacious crossover nonetheless. There’s something strangely satisfying about seeing an unassuming family vehicle dominating a sports car off the line.

Watch the Tesla Model Y Performance’s drag race against the base Porsche Taycan in the video below.

Redwood Materials approved for over $100m in tax incentives
European Union officials set Russian oil price cap at $60 a barrel
Tankers seen heading to Russia as oil price cap goes into effect on exports
Oil prices rose as much as 2% on hopes of China’s reopening and as OPEC+ maintains output cut targets
Energy stocks could double next year even in a flat market, according to Fundstrat’s Tom Lee