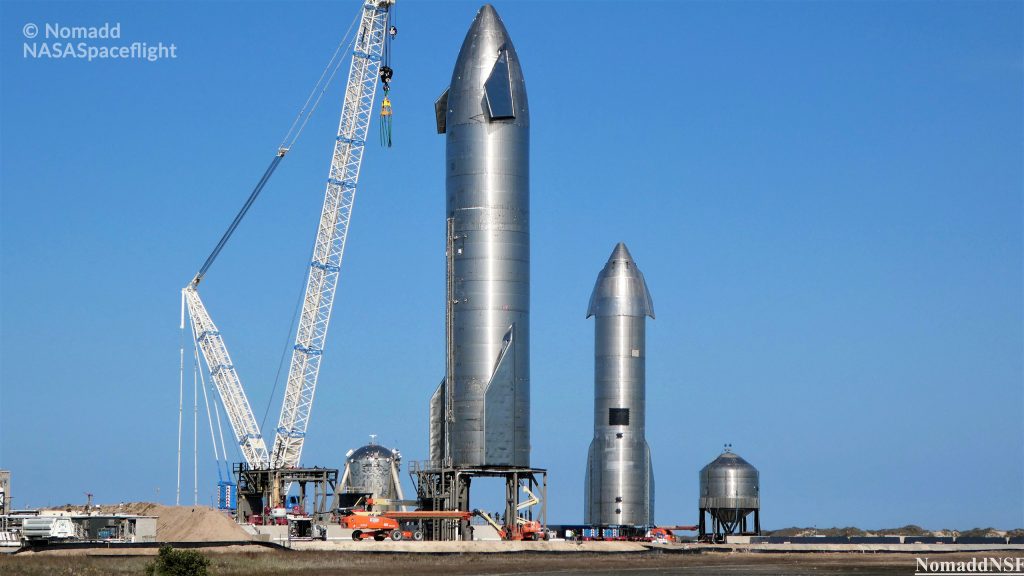 Update: Despite signs to the contrary yesterday evening, SpaceX appears to have received an FAA license for Starship SN9’s high-altitude launch debut or is confident that that disputed license is imminent.

According to Mary (aka BocaChicaGal), one of a handful of remaining Boca Chica Village residents, SpaceX has asked the villagers to evacuate for an SN9 launch attempt as early as Tuesday afternoon (CST/UTC-6). To be clear, this is not the first (or second) time residents have evacuated in anticipation of a launch attempt that never came, but there is certainly a chance that this particular instance is the real deal. Stay tuned for SpaceX’s official webcast and unofficial coverage from NASASpaceflight.com and others.

The Washington Post’s Christian Davenport reports that SpaceX’s Starship SN9 FAA launch license is close to being approved, potentially setting the company up for another high-altitude Starship launch as early as Tuesday afternoon, February 2nd.

However, no update on the status of the FAA’s launch license “review” came on February 1st and local Boca Chica residents received a health and safety alert later that evening, likely implying that Tuesday is off the table for Starship SN9’s launch debut.

Delayed for unknown reasons when the FAA withheld a necessary launch license, Starship serial number 9 (SN9) was believed to be ready for an SN8-style launch debut as early as January 25th. According to sources that spoke with The Verge last week, “SpaceX [refused] to stick to the terms of what the FAA authorized” during Starship SN8’s wildly successful launch debut and last-second landing failure, but the FAA refused to comment on the specifics and never offered a material example of how SpaceX violated its SN8 launch license.

Simply put, if the FAA actually had some kind of smoking gun that demonstrated a clear failure by SpaceX to follow the rules it agreed to in good faith, it’s almost impossible to believe that the regulatory agency would withhold that information – especially once it began to be raked over the coals of public perception as the news broke. Why stay silent in the face of harsh criticism if one could easily show that the source was in the wrong?

One possible explanation is a general disinterest or feeling of obligatory detachment at the FAA or its spaceflight wing – often a valuable tactic employed by bureaucratic institutions to operate (or appear to operate) more objectively. On the other hand, it’s also possible that the FAA is splitting hairs to argue that SpaceX refused to “stick to the terms” it laid out, possibly to the point that even the agency itself is aware that publicizing the specifics of SpaceX’s purported sins wouldn’t help its case in the public eye.

It’s fairly easy to imagine that SpaceX – as habitually fast-moving and quick to respond to changing scenarios as it is – may have tweaked Starship SN8’s flight profile as the date got closer and a more detailed picture of vehicle health and weather conditions materialized.

Ultimately, it appears that Tuesday is likely out of the question for Starship SN9’s launch debut. However, SpaceX submitting a safety alert to local residents for possible testing from 8am to 5pm CST (UTC-6) implies that the company could continue testing the SN7.2 test tank, kick off Starship SN10’s first test(s), or even put Starship SN9 through another wet dress rehearsal or static fire. Stay tuned for updates!