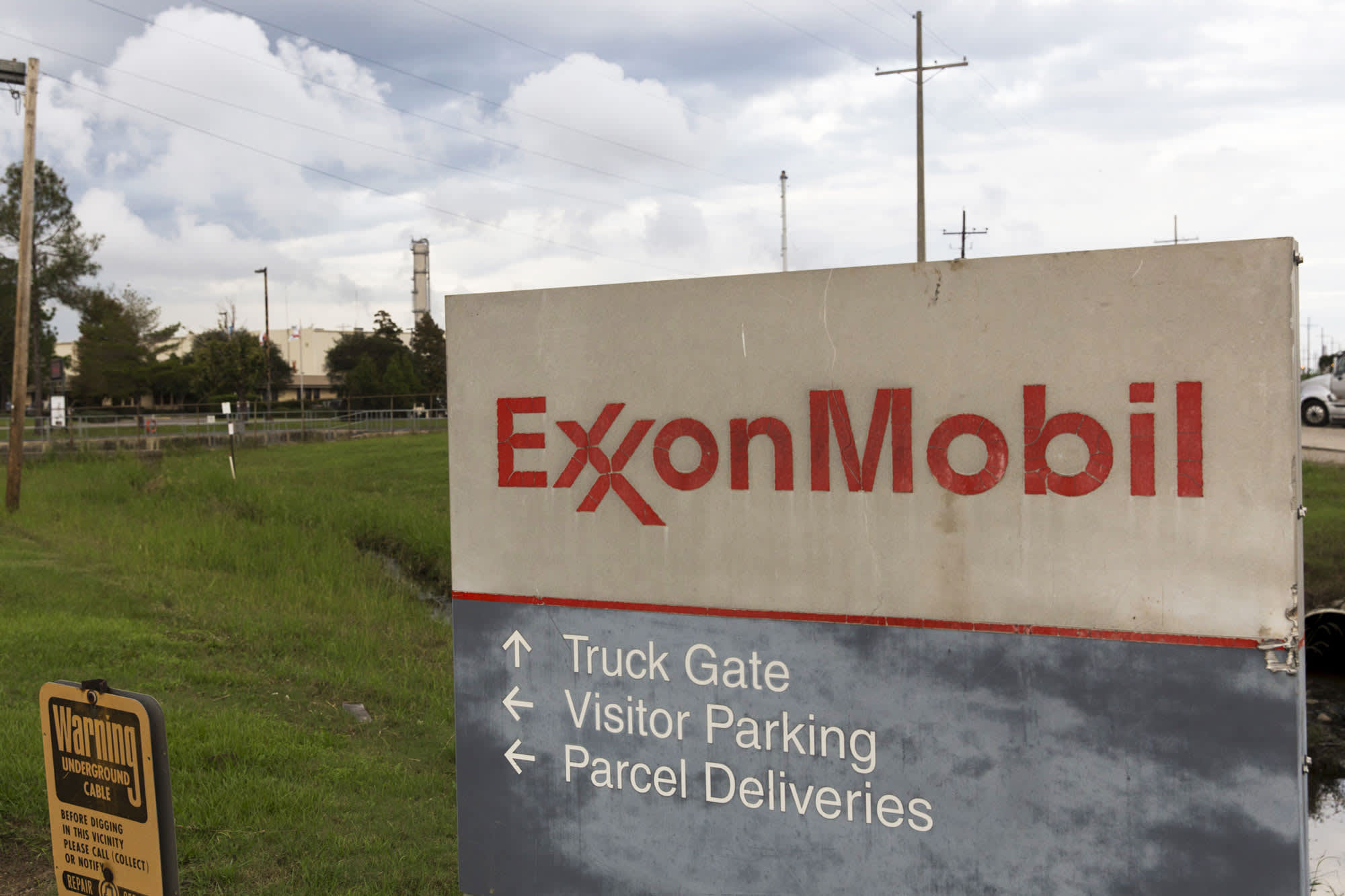 A sign is seen at the entrance of the ExxonMobil Port Allen Lubricants Plant in Port Allen, Louisiana, November 6, 2015.

Exxon Mobil said Tuesday that it lost $20.1 billion during the most recent quarter, its fourth straight quarter of losses as the energy giant continues to grapple with the pandemic’s impact on the industry.

Exxon said it earned 3 cents per share excluding items during the fourth quarter, which was ahead of the 1 cent profit analysts surveyed by Refinitiv expected. Revenue, however, came up short of expectations at $46.54 billion. The Street consensus was for $48.76 billion.

Shares of Exxon advanced about 2% during premarket trading on Tuesday.

“The past year presented the most challenging market conditions ExxonMobil has ever experienced,” Darren Woods, Exxon chairman and chief executive officer, said in a statement. Woods said the company’s aggressive cost-cutting measures are expected to deliver structural expense savings of $6 billion per year by 2023.

“We’ve built a flexible capital program that is robust to a range of market scenarios and focused on our highest-return opportunities to drive greater cash flow, cover the dividend, and increase the earnings potential of our business in the near and longer term,” Woods added.

On Monday Exxon announced plans to invest $3 billion in carbon capture and other emissions-cutting technology. The move is too little too late, according to some, who say Exxon should have prioritized investing for the future. Peers including BP have also set net-zero targets.

Oil has steadily climbed higher over the last year following the unprecedented demand loss from the coronavirus pandemic. U.S. West Texas Intermediate crude futures advanced more than 2% on Tuesday to trade at high as $54.96 per barrel, the contract’s highest level since Jan. 2020. Still, the energy industry continues to feel the impacts of depressed demand.

Rival Chevron on Friday said it lost 1 cent during the fourth quarter on an adjusted basis, compared to the consensus estimate for a 7 cent profit. Revenue also came up short of analysts’ expectations.

The CEOs of the two largest oil companies in the U.S. reportedly held merger talks as Covid-19 roiled their operations, according to several reports. Exxon declined to comment, while a Chevron spokesperson said the company does not comment on “market rumors or speculation.”

Shares of Chevron are up 2% this year, and down 19% over the last year.

Subscribe to CNBC PRO for exclusive insights and analysis, and live business day programming from around the world.

El Salvador’s $425 million bitcoin experiment isn’t saving the country’s finances
Total shutdown of Russian gas pipelines to Europe ‘is not inconceivable’
Energy Workforce & Technology Council Gives Out Safety Awards
California plans to send ‘inflation relief’ payments of up to $1,050. Will other states follow?
The race to make green hydrogen competitive is on. And Europe is building industrial-scale electrolyzers to help