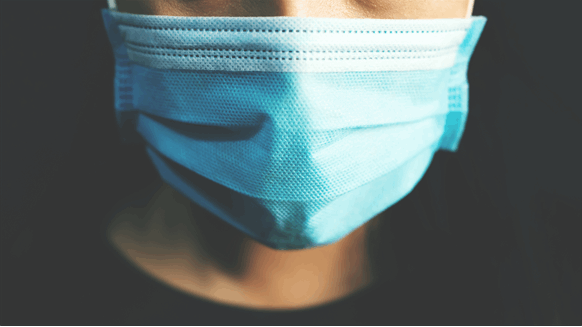 The Western world’s largest energy producers were supposed to be sailing into the fourth-quarter earnings season with a tailwind from stronger commodity prices, but BP’s miss and Chevron Corp.’s surprise loss show the enduring impact of the Covid-19 pandemic. Earnings fell short of expectations mainly due to weak fuel sales and refining margins.

BP eked out a modest profit, but it was just a fraction of typical pre-pandemic levels. Cash flow, which failed to cover dividends and capital expenditure despite deep cuts to both, raised more fundamental questions about the company’s ability to sustain investor returns. Shares fell 4%.

“This was a challenging end to 2020,” said Stuart Joyner, an analyst at Redburn. “Operating cash flow remains very weak and missed expectations. We will likely see net debt worsen in the first quarter, which will temper expectations of better shareholder distributions.”

BP’s fourth-quarter adjusted net income was $115 million, down from $2.57 billion a year earlier and only a slight improvement from the preceding three months. The company fell short of the average analyst estimate of $440 million.

Operating cash flow excluding Gulf of Mexico spill payments, a key figure for investors as it determines the sustainability of dividend payments and capital expenditure, was much weaker. It fell to $2.4 billion in the period, down from $5.4 billion in the third quarter.

“Tough quarter, clearly, at the end of a really tough year,” BP Chief Executive Officer Bernard Looney said in a Bloomberg TV interview on Tuesday. “The full-year results were hit hard by Covid.”

With crude prices and refining margins buoyed by the roll-out of Covid-19 vaccines and the prospect of an economic rebound, investors had been expecting a grim year to end on a more positive note. Some optimism had already been priced in, with shares of BP and its peers posting double-digit percentage gains since the end of the third quarter of 2020.

Yet refining weighed down the company’s performance. BP said the business was affected “significantly” by lower volumes as a result of the pandemic, with continuing pressure on margins.

Marketing and trading, which came to BP’s rescue earlier in the pandemic, offered little assistance in the fourth quarter, with a particularly weak performance on natural gas.

“Weather was warmer in the United States than we thought and colder in Asia than we thought, and that made for some difficult trading conditions,” Looney said. Trading is off to a “very good” start this year, he said.

Net debt was down $1.4 billion from the preceding quarter to $39 billion at year-end. Still, BP said it expects the figure to increase in the first half of 2021, driven by payments related to employee severance, the annual Gulf of Mexico oil spill compensation, and the completion of the offshore wind joint venture with Equinor ASA. The ratio of net debt to equity was 31%.

BP remains on track to meet its net-debt target of $35 billion between the fourth quarter of 2021 and first quarter of 2022, “which will trigger the start of share buybacks, subject to maintaining a strong investment grade credit rating,” Chief Financial Officer Murray Auchincloss said in a statement.

Perenco Hits Oil At Tchnem Well In Congo
White House weighs future release of emergency heating, crude oil reserves as winter nears
Russian oil sanctions are about to kick in. And they could disrupt markets in a big way
Bitcoin Family is moving more than $1 million into decentralized exchanges after Sam Bankman-Fried’s FTX disaster
Goldman Sachs sees ‘high probability’ of OPEC cut — and expects oil prices to hit $110 next year