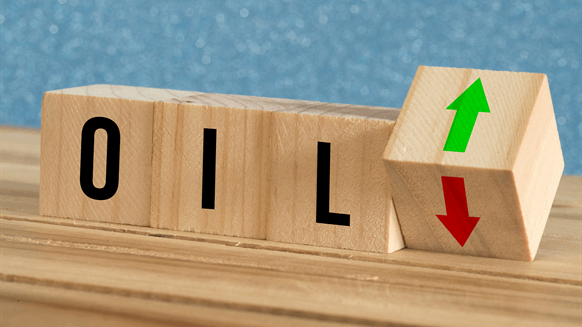 Futures in New York fell less than 1% Tuesday after flipping between gains and losses earlier in the session. While much of the world awaits a wider distribution of the vaccine, oil prices have struggled to sustain their rally. In China, a coronavirus flare-up is threatening fuel demand during the Lunar New Year period, with the government encouraging millions not to travel.

“There’s a lot of demand destruction-type events in the market, and it’s weighing on crude,” said Bob Yawger, head of the futures division at Mizuho Securities. The market is “giving the impression we’re running out of momentum here.”

Oil has surged almost 50% since the end of October, but the rally has started to falter with obstacles still facing the recovery in global fuel demand. Vaccine coverage won’t reach a point where it will stop the transmission of the virus in the foreseeable future, the World Health Organization said on Monday. Meanwhile, the U.K. exceeded 100,000 Covid deaths, serving as a stark reminder of the long road ahead before countries emerge from the pandemic.

“The fundamental oil picture is firmer for mid-year, but it’s not really that tight” compared to other years, said Rick Joswick, head of oil pricing analytics at S&P Global Platts. The risk that shale producers may eventually increase production also “puts a cap on the back-end of the forward price curve.”

Despite the day-to-day fluctuations in headline crude prices, the market’s structure has been firming. Brent’s prompt timespread was 27 cents a barrel in backwardation on Tuesday, where near-dated contracts are more expensive than later-dated ones. The spread is at the strongest level since late February.

About 1.7 billion trips are expected across China over the Lunar New Year period, down 40% from 2019, although 15% higher than last year. The travel rush, which starts on Jan. 28 this year, runs for 40 days and is normally the biggest mass movement of people around the globe as hundred of millions of Chinese jump on planes, trains and automobiles to see their extended families.

In the U.S., analysts expect crude inventories to have risen last week, according to a Bloomberg survey. The industry-funded American Petroleum Institute will report its figures later Tuesday ahead of a U.S. government tally on Wednesday.