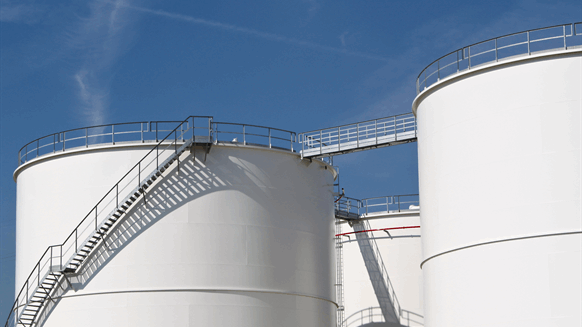 (Bloomberg) — Oil declined the most in a week with rising U.S. crude stockpiles seen as an obstacle facing a market that is still recovering from a pandemic-induced demand slump.

Futures fell 1.6% to the lowest level in nearly two weeks in New York on Friday. A U.S. government report showed domestic crude inventories increased for the first time since December, rising more than 4 million barrels last week. However, the data also showed refiners processed the most crude since March, an encouraging sign.

“This is clearly a bearish number short-term,” said Quinn Kiley, a portfolio manager at Tortoise, a firm that manages roughly $8 billion in energy-related assets. But the data “suggest demand has recovered a lot more than maybe people would have noticed.”

A stronger dollar on Friday also reduced the appeal of commodities priced in the currency.

Following crude’s strong start to the new year, prices have struggled to break out to new highs this month with restrictions in place to curb the spread of Covid-19. Parts of Hong Kong are locking down and the U.K. prime minister is signaling restrictions may last for months, while New York’s governor said the state is on the verge of running out of Covid-19 vaccines.

“The oil market has thus far managed to shrug off the ongoing and strict lock-down conditions that persist throughout much of Europe,” Ryan Fitzmaurice, commodities strategist at Rabobank, said in a note. “But the risk of renewed lockdowns in Asia will be extremely hard for the oil market to ignore.”

Crude’s market structure has remained firm this week, with key timespreads for both West Texas Intermediate and Brent crude trading in a structure indicating supply tightness. The nearest contract for WTI futures is trading at a premium to the following month, with the Energy Information Administration report showing stockpiles at the nation’s largest storage hub in Cushing, Oklahoma, fell the most since May. Brent’s nearest timespread is also trading in a so-called backwardation structure.

Trafigura Group Chief Executive Officer Jeremy Weir told Bloomberg Television that oil prices will rise on the back of OPEC production cuts and a demand boost from a rebounding global economy. Meanwhile, Goldman Sachs Group Inc. said in a note that the Biden administration’s initial steps, including a focus on fiscal spending and a likely delay in lifting sanctions on Iran, will be bullish for oil prices.

Refineries processed the most crude last week since March, when fuel demand weakened early on in the pandemic. Processing a barrel of crude has become more profitable in recent months, with the combined refining margin for gasoline and diesel above $13 a barrel after struggling to hold above $10 a barrel during parts of the summer and fall of last year.

–With assistance from Sheela Tobben, Jeffrey Bair and Alex Longley.