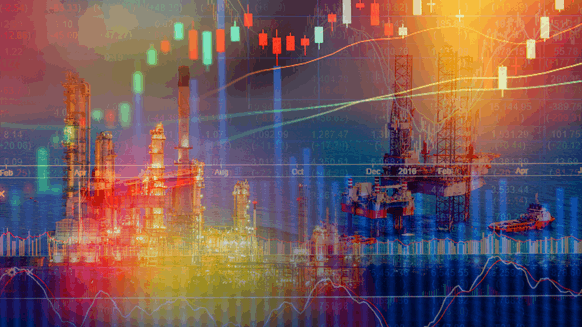 Futures closed 0.3% lower in New York on Thursday. The U.S. dollar declined for a fourth straight session, boosting the appeal of commodities priced in the currency and providing support to prices that had fallen as much as 1.1% during the session. Meanwhile, JPMorgan Chase & Co. cut demand estimates for China as lockdowns spread, and in the U.S., a vaccine supply shortage has led New York City to reschedule more than 20,000 appointments.

Still, U.S. benchmark crude’s nearest contract settled at a premium to the following month for the first time since May. Brent’s so-called prompt spread is also in a backwardation structure, indicating tighter supply.

“At these price levels, many people in the market are considering the downside risk,” said Bart Melek, head of global commodity strategy at TD Securities. “We continue to have concerns the oil market may have gone a little too high given where demand is likely to go” in the near term.

Despite an uncertain short-term consumption outlook, crude is still trading near the highest level in almost a year as investors pile into commodities and global inventories are seen depleting as the year goes on. There’s been a boost to energy use from cold weather, while Saudi Arabia’s unilateral output cuts and a weak dollar have also buoyed the market.

In the U.S., while the industry-funded American Petroleum Institute reported that crude, gasoline and distillate inventories rose last week, it also showed a decline in inventories of more than 4 million barrels at the nation’s largest storage hub at Cushing, Oklahoma.

Meanwhile, the recovery in oil refining margins won’t likely persist, JBC Energy said in a note. While margins are still “barely workable,” crude runs worldwide have been trending above what would be needed to meet demand, according to the note. In Europe, air traffic has edged lower as the pandemic continues to stymie the aviation sector, according to a report from Eurocontrol. A seven-day rolling average shows air traffic was 64.8% below 2019 levels, compared to 61.4% last week.

Energy Workforce & Technology Council Gives Out Safety Awards
Exxon Mobil CEO Darren Woods calls for a higher price on carbon
Summer temperatures — and inflation — are running hot. Here’s how to save money on cooling bills as prices rise
Putin is squeezing gas supplies. And Europe is getting seriously worried about a total shutdown
GM’s Cruise unit begins charging for driverless rides in the Bay Area