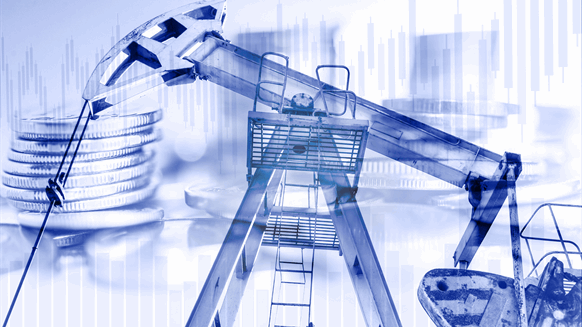 (Bloomberg) — Oil pared a rally late in the trading session as concerns over lackluster consumption clouded optimism around the likelihood of additional U.S. stimulus.

Futures closed less than 1% higher in New York on Wednesday. Investors are focusing on Washington with U.S. President Joe Biden taking office. Biden has asked lawmakers to pass a $1.9 trillion virus aid package, which could support crude consumption. Still, fuel use is expected to take another hit as new virus outbreaks in China add to a wave of infections in Europe and other parts of the world.

The U.S. “is still the biggest market in the world and it hasn’t recovered all the demand loss,” said Peter McNally, global head for industrials, materials and energy at Third Bridge. In the nearterm, additional lockdown measures in China are weighing on the outlook as “Chinese demand has been one of the big drivers of improved oil fundamentals.”

Despite the day-to-day fluctuations in headline crude prices, U.S. crude’s closest contract is the most expensive versus those for six months out in about a year. Key Brent spreads are also in what is known as backwardation, an indication of tight supply.

Crude has held near $53 a barrel in New York with the nation working to roll out vaccinations as it struggles to contain the pandemic. Still, prices remain supported by the OPEC+ alliance’s continued production curbs.

The Bloomberg Dollar Spot Index weakened for a third session, boosting the appeal of commodities priced in the currency

Meanwhile, Chinese imports of U.S. and Russian crude last month were at similar levels to November, while purchases from Saudi Arabia and Iraq fell, according to customs data released Wednesday. Imports from Iran almost doubled.

In the U.S, crude inventories are expected to have declined last week, according to a Bloomberg survey. The American Petroleum Institute will report its tally later Wednesday ahead of U.S. government storage figures at the end of the week.

”In the past, every rally was met by a massive surge in U.S. production and it killed the rally,” said Vikas Dwivedi, a global energy strategist for Macquarie Group in Houston. This time, U.S. output will likely grow, “but a lot more modestly.”