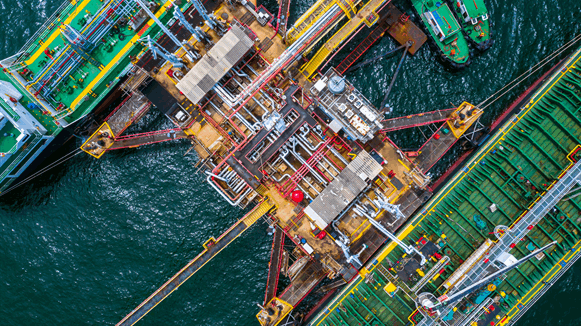 Based on a review of pageviews, Rigzone’s downstream readership showed strong interest during the past week in articles about U.S. crude exports, oil price predictions and political contributions. Keep reading for details.

Since the United States lifted its longstanding ban on crude oil exports five years ago, oil markets, geopolitics and entire economies have experienced dramatic shifts, according to this article from Bloomberg. Given COVID-19’s impact on the oil market, the news service questions whether the past five years will stand as a veritable golden age for U.S. shale oil exporters. The author points out that how much U.S. shale oil will recapture the export market remains to be seen, but she observes that crude exports have been beneficial for oil markets and have added to the United States’ diplomatic arsenal.

The U.S. Energy Information Administration (EIA) recently revised its projected 2021 WTI and Brent crude oil prices upward. Based on its January short-term energy outlook (STEO), EIA expects the average Brent and WTI prices for 2021 to be nearly nine percent higher than last month’s predictions for the benchmarks. Although it boosted its price outlooks for the year, EIA cautioned the latest STEO figures remain subject to heightened levels of uncertainty given the fluid nature of COVID-19 responses.

Like other major corporations recently, Dow Inc. (NYSE: DOW) has taken a side on the exceptionally fractious U.S. political scene. The chemical giant revealed that it will halt campaign contributions by its political action committees to members of Congress who earlier this month voted against certifying the U.S. presidential election. According to this article from Bloomberg, the suspension will remain in place for an election cycle – two years for members of the House of Representatives and six years for members of the Senate. Moreover, the news agency stated that Dow’s action goes beyond that of major players in the banking industry.