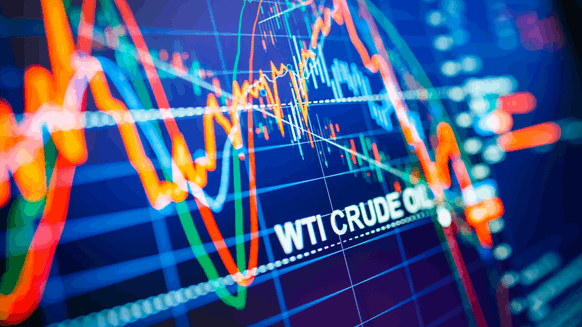 (Bloomberg) — Oil slid by the most in three weeks as a stronger dollar and weak U.S. economic data stoked concerns over an economic rebound.

Futures in New York tumbled 2.3% on Friday after a rally in oil earlier in the week pushed the benchmark into overbought territory. The U.S. dollar strengthened, reducing the appeal of commodities priced in the currency. U.S. consumer sentiment cooled more than forecast in January and other economic data such as sluggish retail sales and producer prices also portray the obstacles still facing the country as it emerges from the pandemic.

Meanwhile, President-elect Joe Biden said he will ask Congress for $1.9 trillion to fund immediate relief for the U.S. economy that has been pummeled by the pandemic. But the large price tag and inclusion of initiatives opposed by many Republicans set up the aid package for a drawn out legislative battle.

“We’ve had a lot of strength in a number of different markets and now we’re getting a pullback,” said Bill O’Grady, executive vice president at Confluence Investment Management in St. Louis. Ultimately, oil markets need “driving to go up. If people have money and no place to spend it, it doesn’t make any difference.”

Despite the pullback in oil futures, vaccine breakthroughs and Saudi Arabia’s pledge earlier this month to deepen output cuts are expected to support prices. JPMorgan Chase & Co. said a “nasty deficit” could emerge in the oil market later this year.

Meanwhile, technical indicators had been flashing warnings signs all week. The 14-day Relative Strength Index for both U.S. and global benchmark crude futures traded above 70 this week in a sign they were overbought, though both slipped under that level Friday.

A “short-term pullback” is likely in store for “oil prices, given the recent loss of support from a number of key factors,” Ryan Fitzmaurice, commodities strategist at Rabobank, said in a note. “With that said, the dips may be shallow as investor appetite for commodities appears to be increasing rapidly following the recent bullish oil calls and talk of a commodity super-cycle from some of the larger and more prominent U.S. investment banks.”

The market’s structure has also softened. Brent’s prompt timespread dipped back into contango on Friday, a bearish structure where nearby prices are cheaper than later-dated ones.

This week has seen the annual commodity index rebalancing take place — a move that was expected to see as much as $9 billion flow into the oil market. Since it began last Friday, there’s been a surge in so called trading-at-settlement volumes, an instrument often used by participants with index exposure. For Brent, average volumes over the last five days have reached a record.