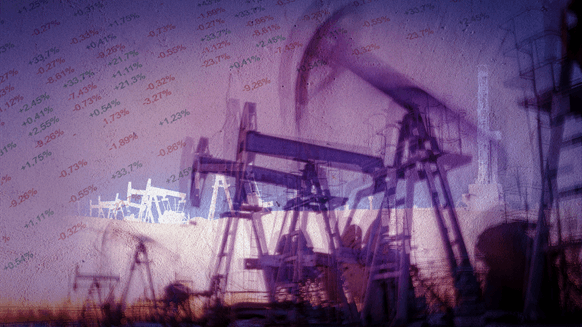 (Bloomberg) — Oil rose to a new 10-month high in New York on expectations that a potential $2 trillion economic relief packaged could get Americans consuming more fuel.

Crude’s recent gains have stoked concern among some investors that the rally is ahead of itself. Technical indicators suggest oil is likely due for a pullback, with the global Brent benchmark on its longest run of overbought days since 2012.

Rising U.S. jobless claims point to the bumpy road ahead for a true recovery in consumption. Europe’s oil demand is also off to a sluggish start to the new year as renewed lockdowns to curb the spread of Covid-19 limit the use of road fuels. There are also signs that physical markets are softening in Asia, with Abu Dhabi’s Murban crude at a discount to its benchmark despite continued OPEC+ cuts.

“To the extent the Covid situation is continuing to push back, it’s a weight on the market,” said John Kilduff, a partner at Again Capital LLC. “This is just a bit of a breather, given how we’ve come so far so fast.”

In Asia, China’s economic recovery gathered pace in December as exports jumped, pushing the trade surplus to a record high. At the same time, Oil imports, however, fell about 15% compared with November.

While the China import data “has many traders and analysts scratching their heads,” it seems to be “more of a timing issue rather than a structural change in demand from the world’s biggest oil importer,” said Ryan Fitzmaurice, commodities strategist at Rabobank.

Meanwhile, Royal Dutch Shell Plc’s Nigeria unit declared a force majeure on the country’s flagship Forcados crude oil, after the grade’s pipeline was halted in the wake of leaks. Forcados is the country’s biggest crude export system, with shipments through the terminal running at rate of between 200,000 and 250,000 barrels a day.