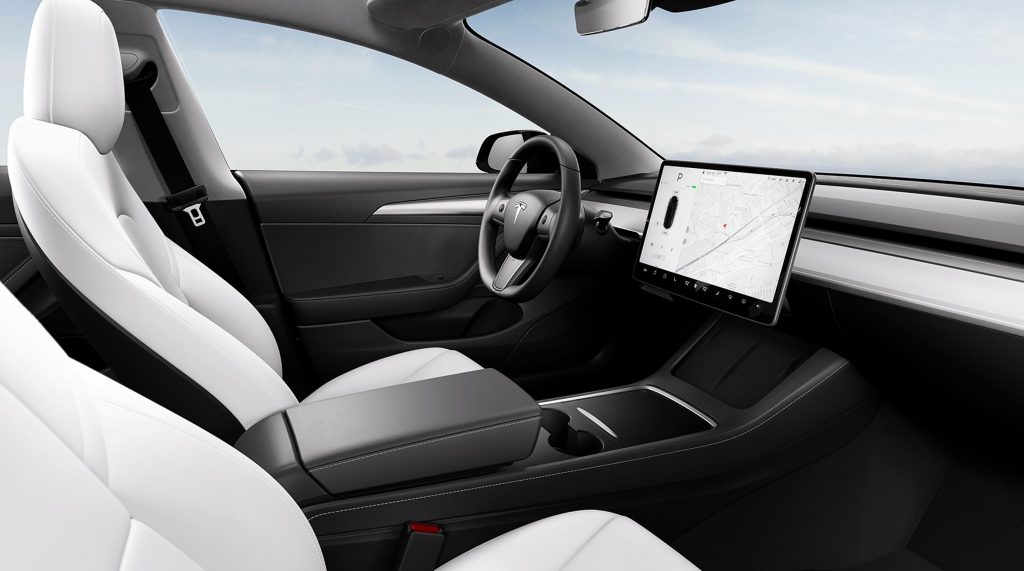 The Tesla China Model 3 configurator was updated to feature new design elements found in the recently announced Giga Shanghai-produced Model Y. These include an updated interior as well as new features like a heated steering wheel for the Model 3 Performance.

The racing kit comes in addition to features included in the MIC Model 3 SR Plus RWD kit, such as heated front seats, premium seat material and trim, upgraded audio system with immersive sound, and a center console with 4 USB ports and wireless chargers. However, the Model 3 Performance also features upgrades like the following:

Tesla China announced the official updated prices of the local Model Y recently as well. The MIC Model Y, made in Giga Shanghai, features unique design elements in its interior, such as an updated door design and a center console similar to the one introduced in the Model 3 “refresh” back in October in the United States.

Toyota secures funding to develop hydrogen fuel cell version of its Hilux pickup in the UK
Energy markets are facing ‘one or two years of extreme volatility,’ Enel CEO says
Tesla Semi First Delivery News Roundup [Live Coverage]
US Seeks To Stop Oil Reserve Sales To Refill Stockpiles
Russian oil sanctions are about to kick in. And they could disrupt markets in a big way